Not the movie. But I do turn into a scary, sound-hunting momster during my son’s quiet time.

We didn’t always do quiet time, but it became a life-or-death situation for my sanity. So, as of two weeks ago, we do quiet time every. single. day.

A few months before my son turned three, he decided he didn’t need a nap anymore. Even when I would leave him in his crib for an hour or longer to try to tire him out, he would just jump and yell and fight through it. I got tired of butting heads with him over it, of feeling annoyed and frustrated and angry, so we dropped it. On days he went to school, it was bearable, because I had time to myself. On the days he didn’t go to school…well, let’s just say that going full-steam for 12+ hours is something I haven’t had to do since my college days. It turns out, I’m much better at writing a 20-page paper in one day than handling one tiny human in that same span of time.

I did try to do some semblance of quiet time with him, but it just wasn’t working. Part of the problem, I feel certain, had to do with my son’s age. He was on the cusp of turning three, and while his language, comprehension, and communication skills have grown tremendously this year, he just didn’t get it. He was too busy testing his boundaries and finding his independence. As the months passed, I kind of gave up trying. Some days were good, and others we slogged through.

Then summer came, and I think you all know what kind of special time that can be.

So, I started doing research. I posted in community groups. I asked my friends how they survived with kids all day but, more importantly, how they convinced their kids to give them a moment of peace. And I got a few helpful suggestions. Choose a time frame and put them in their rooms at the same time every day. Encourage them to rest or just play quietly when they’re entirely resistant to napping. Give them a new quiet time box every day/week. Allow special screen time. Et cetera.

All of these things sounded really pretty on paper, but I just couldn’t see it working with my son. Not to mention, a month after school ended, we were going on vacation, so what would be the point of starting a new routine? So, I trudged through. And a couple of days before we left, I told my son in no uncertain terms that when we returned from vacation, we would be doing quiet time every day. He needed it. I needed it. Our relationship needed it.

So, here’s what worked for us.

We got one of those special clocks that lights up when it’s “ok to wake.” It has a timer that turns green when he’s finished with quiet time, and he loves it. He gets so excited for the clock to change color, he literally yells down the hallway, “MAMA, IT’S GREEN!!!! MY CLOCK TURNED GREEN!!!” It’s adorable, and it makes my heart smile (partially because I’ve had two hours of quiet time to myself).

I let him take whatever toys/books/puzzles/games/non-messy art supplies he wants to take. He has a library of books in his room anyway, but sometimes it’s fun to let him pick different books from the “outside” room (living room) to take into his room. He has a combination chalkboard/white board in his room, so he can draw or color without making a giant mess. He has a comfy recliner he can sit in to read books. He can turn on both his lamp and his multi-colored LED lights, and I let him leave them on even if he decides to lay down (we don’t do this at night, since any kind of light can disrupt sleep cycles/brain waves). So long as it’s quiet and he doesn’t ping my sound-hunting momster ears, he can have it for quiet time.

And that’s it. When he asks why we have to do quiet time every day, I tell him that I need time to myself, time to work, and time to rest and reset, just like he does. It helps him to know I might be doing the same things he does while he’s in quiet time, so some days I’ll tell him when I’m going to take a nap or read a book. And if you know my son at all, you won’t believe what I’m about to say, but he actually lays down to take a nap some days — ALL BY HIMSELF. He has never in his life done this before, so my best guess is that he likes having the freedom to choose to take a nap, rather than being forced into it.

We haven’t introduced screens for quiet time yet, mostly because we get enough screen time outside of quiet time. And we haven’t had to deal too much with him needing to use the potty during quiet time, because he only became fully trained within the past month. He wears a diaper in case he decides to nap but, so far, he has been able to stay dry until quiet time is over.

I’m trying not to get my hopes up, because it has only been two weeks, but quiet time has been a total lifesaver for us. Not only am I getting time to do things without being interrupted by my toddler’s constant quest for food and attention, but I’m also finding that I have more patience with him in the latter part of the day. It’s all about balance and, for now, we finally have it.

How do you get your kids to give you peace? Any other tips or tricks to get them on board with quiet time? Please share below! 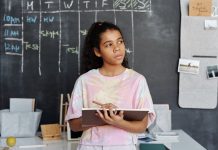 6 Strategies for Supporting Your Middle Schooler with ADHD 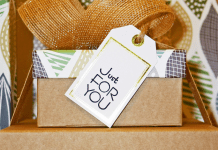 Decide Once on Birthday Party Gifts