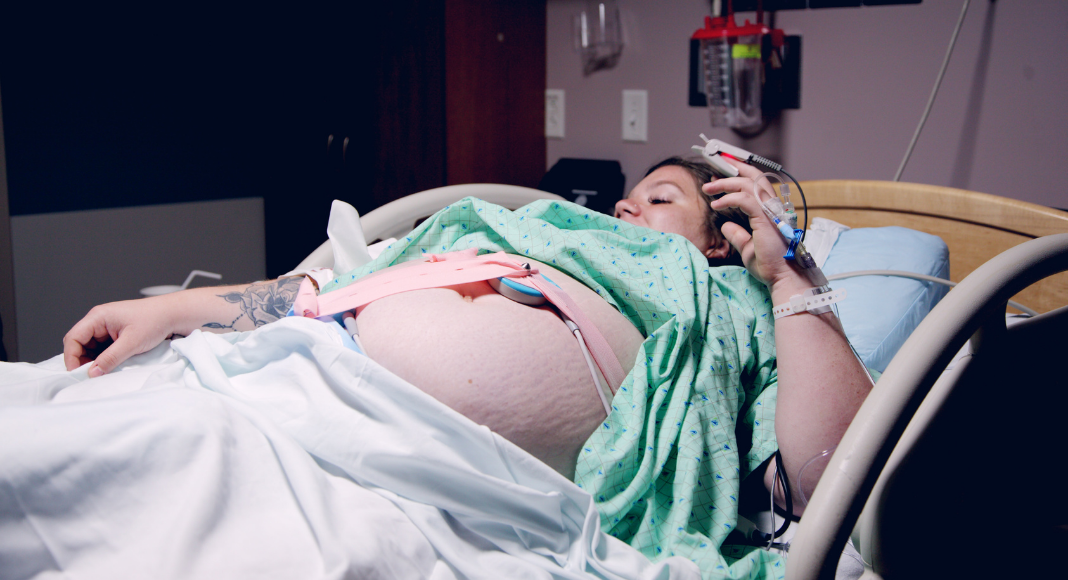 Speak up, speak out, and ask questions.

After giving birth to my first child, I am now confident to speak up during the labor of my twins if I have a feeling something is not right. We did not have a good experience with the delivery of our first child, but we also didn’t know what to expect or what to ask. You should trust your doctor and nurses to do their job and not have to worry, but you just never know these days. I 100% trust my doctor, but like most doctors, she isn’t sitting around waiting on me, so we have to rely on our nurses.

We were admitted to the hospital around 7am after being monitored for an hour and finding out that my contractions were consistently three and a half minutes apart but I was only 1cm dilated. I decided to not get an epidural and labored about eight hours until I changed my mind.

The first nurse we had during those hours was a little weird. At times it seemed like she was a little out of it; maybe she was tired. I didn’t feel totally comfortable with her. At the end of her shift was when I received my epidural and was given Pitocin to help the progress along. The second nurse was only with us for about four hours, but in that time, she hardly came in to check on us and we had to call her every time my blood pressure machine went off, which was often.

When our third nurse, Jenny, came into the room the first thing she did was check my Pitocin levels to which she asked, “Should your level be this low?” We had no idea what was supposed to be done or had been ordered. Apparently, my doctor had ordered my Pitocin to be increased every 20 minutes, which the second nurse DID NOT DO. I was at the same level I started at four hours prior! My doctor came in right after the nurse and was not happy. At this point my body was flooded with fluids, I was only at 5cm, and had been in labor for about 17 hours. We decided to shut off the Pitocin to let it leave my body and then to reintroduce and increase it to the level it should have been in hopes that things would progress. That didn’t work, so our options were to wait and hope things would move along or to do a C-section. We opted for the C-section because that seemed like the best decision and we had full confidence in my doctor.

When my doctor returned the next day to check on me, we asked her about all that had happened. She said, “When a certain constellation of nurses aligns, things tend to happen.” It clearly was not the first time something like that had happened and my doctor said she had mentioned it several times to the hospital, but still nothing had been done. She suggested we say something since we were the patients and experienced it first-hand. Needless to say, we were upset about what took place, but we were joyful that our daughter and I were healthy. We also asked if we could have Jenny, our third nurse, the next time we came in to deliver a baby. Haha. But for real though.

When it came time for breastfeeding, our daughter did not want to eat as soon as she was born. She was so swollen with fluids that her body had to work it out and make space. She was taken to the nursery and we were wheeled back to the labor room for a few hours of sleep while a recovery room opened up. When the lactation consultant came to see me, she didn’t even attempt to latch my daughter. I honestly can’t even remember if my little one was in the room, but I think she was. The consultant simply explained it to me and then declared I needed a nipple shield so she brought me one. When the second consultant came in, we were in a recovery room but there were also other nurses there taking vitals. The consultant took one look at me and said, “You just need to pump. Do you have a pump? I’ll bring you one.” Again, she didn’t even attempt to try to help or latch my daughter. I felt as if I was just a bother to her and she didn’t want to be there. When the third consultant came to see us, she was AMAZING compared to the first two. She would come see us almost every day we were there and stayed with us for at least 30 minutes showing us different techniques and trying to latch my daughter. She left us with videos, supplies, and a phone number to call if I needed help. She did what a lactation consultant is supposed to do.

I say all this mama, not to frighten you, but to encourage you to speak up and ask questions. Say something if it doesn’t feel right or if you’re not receiving the help you need. You don’t know what to expect the first time through and you should not feel timid or ashamed about being informed about what is going on. I didn’t ask questions or speak up as much as I should have — being drugged up and tired didn’t help — but I will be speaking up for our second delivery. 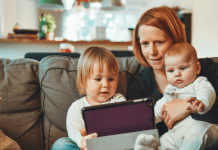 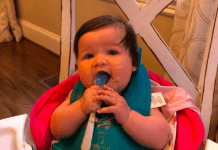