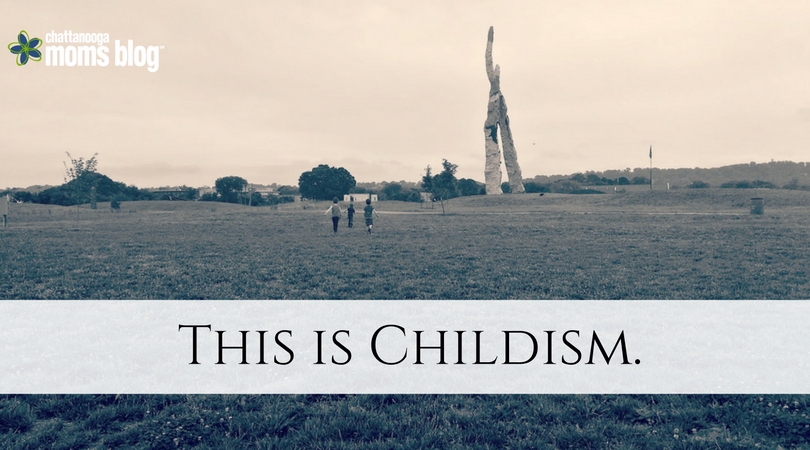 I recently took my kids and our puppy to the park. We had a nice time and on the way out of the park, my seven-year-old asked to hold the dog’s leash. Bodhi is a ten-month-old wire-haired terrier mix. He weighs twelve pounds and he is a good dog, but he hasn’t learned all his manners yet. I did not see a woman and her dog playing Frisbee in the middle of the park and happily agreed to let Liam walk the dog.

After a minute, Bodhi caught sight of a new friend and bolted to meet her, dragging Liam behind him. Liam attempted to pull Bodhi back, but a terrier on a mission was no match for him. Bodhi enthusiastically greeted his new friend. The owner of the other dog got scared, picked her dog up, turned to Liam, and started screaming. As I hurried to catch up, pushing a stroller and dragging a toddler, I saw my son cowering as this stranger screamed at him hysterically about letting our dog attack hers. My apology died in my throat. I instead took my son’s hand, moved him behind me, and told the woman to stop screaming at my son.

Upon seeing me, the woman’s demeanor changed. She became noticeably calmer. She did not feel she had the right to scream at a fellow adult. While she was clearly angry and felt that her anger was justified, she spoke to me in a normal tone of voice.

Childism is defined as “a prejudice and/or discrimination against the young. A systemic condition that promotes stereotypes of the young.” It is further defined as “a belief system that constructs its target group, ‘the child,’ as an immature being, produced and owned by adults who use it to serve their own needs and fantasies.”

In a society that largely recognizes sexism, racism, and homophobia, childism is so ingrained in our culture that it is widely ignored. In fact, anyone suggesting children should be treated equally as human beings is considered radical. I believe childism is so embedded in our society because we were all children once. We were all subjected to childism at a time in our lives, making it harder to recognize the damage that feeling powerless and being treated as property can do to a person.

Childism occurs both on a large, systematic scale and in small ways in our everyday lives.

We are the only country to have not ratified the 1989 United Nations Convention on the Rights of the Child. We also incarcerate more children than any country in the world.

Our child abuse and death rates are staggering. Our child maltreatment death rate is triple Canada’s and eleven times that of Italy, and we have the highest rate of child abuse in children under one.

We must do better.

However, even a loved and protected child still probably faces childism every day. He has probably been laughed at for feeling angry or devastated over something an adult did not think was important.

She has probably been ignored while a hair dresser or server asked you what she would like to do with her hair or eat for lunch. She has probably had her bodily functions, health status or personal history discussed as if she was not even in the room.

He has probably had food, water or access to a bathroom withheld from him when he needed them because an adult determined it was not really a need.

She has probably been forced to hug or kiss someone she was not comfortable with against her will.

We have books dedicated to “training” our children. It is still legal to make cosmetic alterations to our children’s bodies without their consent. We are encouraged to hit children to force compliance. It is socially acceptable to complain about childish behavior interfering with our convenience simply because we are adults and therefore more important and more deserving of respect.

And if you replaced “child” with “women” or “adults with disabilities” or any other human group, you would no longer feel that those sentences were outlandish.

It is true that children are more dependent and vulnerable than adults. But human rights are thankfully not defined by how much a person is capable of contributing to society. In order to move forward as a society, I believe we have to look at how we are treating the most vulnerable among us. We have to look at our children.

Perhaps, you have never considered childism before, but now that you are aware of it, you would like to take steps to empower your children in their own lives. What can you do?

I am not perfect and I make mistakes with my children daily. I too stumble into the pitfalls of childism. Taking ownership of those mistakes and apologizing to my children makes a world of difference. My children know I am human and fallible, and they also know that making a mistake is not the end of the world.

2. Give Back Their Freedom

My son is currently obsessed with pockets. Every morning we have to find the shorts and shirts that will add up to the optimal number of pockets. The clothes never match! I miss the days when I could dress him in adorable outfits, but he has the right to his pockets. Of course, our job is to keep our children safe, but too many pockets will not make the world implode. Neither will a seven-year-old with blue hair, peanut butter and jelly every day for lunch, or a child refusing to hug her grandma. Unless safety trumps, giving children the freedom to make choices will allow them to blossom in ways you could never imagine. 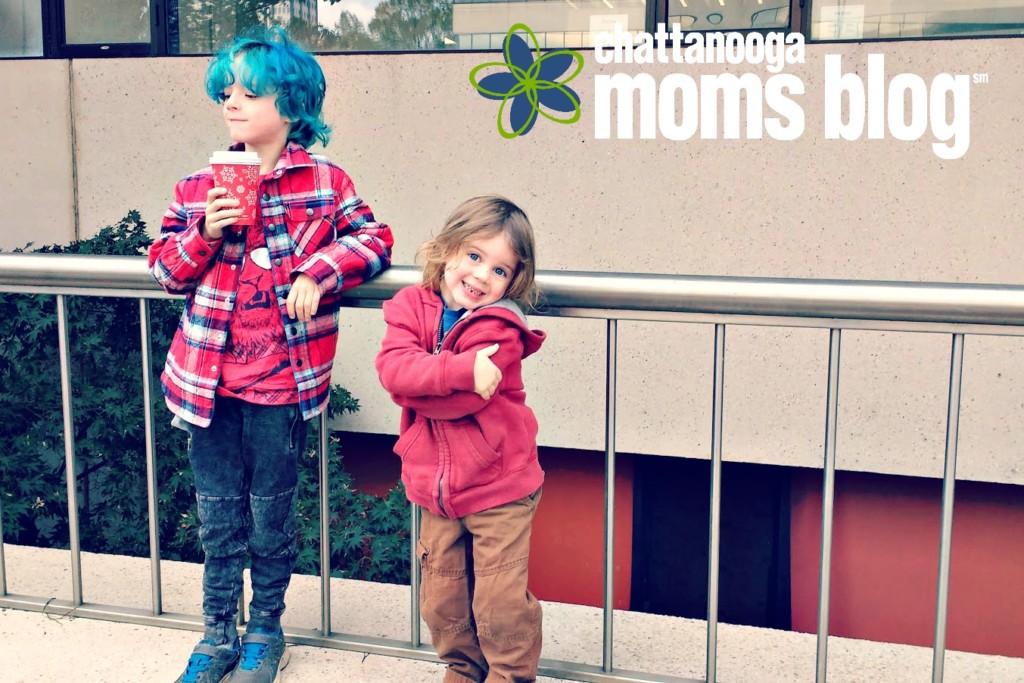 I often have to remind my seven-year-old that you can set boundaries with kind words. The same is true for adults. Saying no is often necessary, but inciting fear and shame never is. People rarely respond well to being ordered about. Instead of seeing a child, try to see a human being. If you are having a problem, express your concerns respectfully. When you are having a conversation, be engaging, ask questions and don’t use baby talk! Try not to laugh at children who are not being funny. Before speaking to a child, ask yourself if you would appreciate being spoken to in that way.

4. Expect the Same in Return

If my children make a mistake, I ask for an apology. If I say no to doing something they want me to do, I expect consideration for my feelings. When they are speaking to me and to others, I expect them to be respectful. Of course, they are still learning. They need my help learning to navigate the world. I believe that they will continue to grow into kind, considerate, respectful men that treat all others with dignity and compassion. 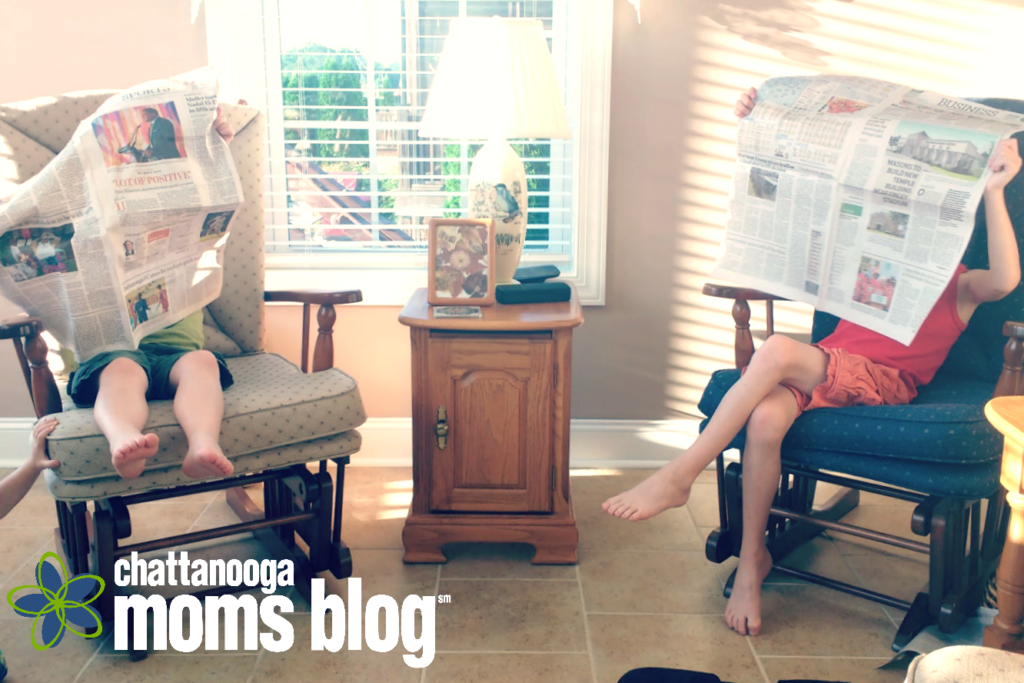 As we drove away from the park that day, my son was quiet for a while, staring out the window. Suddenly, he looked up at me and said, “Mama, I think the lady at the park isn’t a mean lady. I think she just sounded mean because she was scared.” I then realized that I had been so angry about the situation, I had not stopped to consider the other person’s feelings.

I had not considered her humanity in that moment, but my child did, and that gives me so much hope for our future. 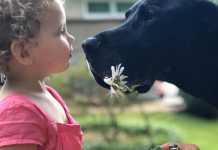 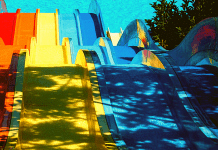 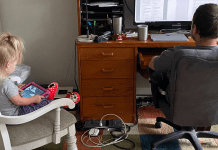 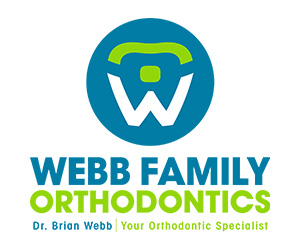 Karenza - May 11, 2020 3
The weather is finally starting to warm up and if you are like my family and me, you enjoy cooling off in the beautiful,...

A Chattanooga Family’s Guide to May 2020