I’m sure in my youth I noticed. I’m sure at some point in my teen years I stared at a sweetly cherubic face as he or she spoke words that sounded like words, but had no obvious meaning. I no doubt turned wide, panicked eyes to the mother, wondering if I could back out the door and get a different part-time job.

As I prepare to accept babysitters into my three-year-old’s realm of existence (more on this struggle later), I’ve decided I might actually have to draw up a mini cheat sheet — a LillieMarie-sized dictionary of “special” words and phrases. I’m not even sure how it all began. I remember at some point during those frantic get-ready-for-life-changing-baby-arrival moments, I read an article touting the importance of not using overly cutesy language. This nebulous internet wisdom claimed it was vitally important to speak like an adult to your child. I internalized all the web-vice and tried my best to regurgitate it into something with a lot less, “cutesy wutesy toes,” as Lillie grew.

Then again, here I am, mother of a nearly four-year-old, realizing that no matter how much one might want to avoid creating a toddler language in the household, it does happen. And, it isn’t the end of the world. 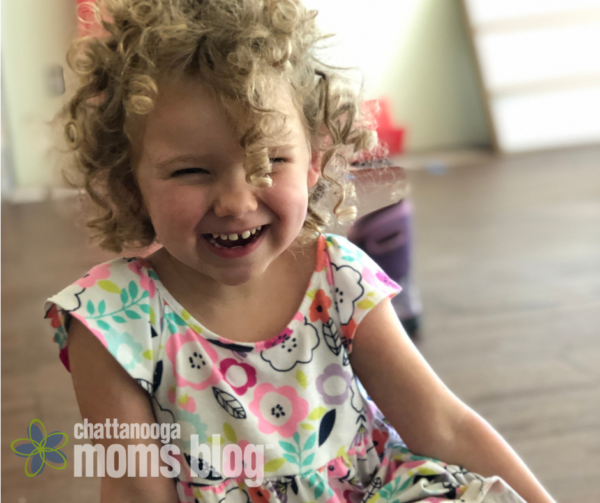 It’s actually quite fun. And cute. And one day, I’ll miss it terribly.

Here are some of the ways, Lillie-ese has morphed in our household, and anyone who is anyone gets with the program or, well, they lift a lot of eyebrows.

Every family has different endearing terms for the grandparents. Some happen naturally or traditionally, and others are more spontaneous. My in-laws opted for the traditional grandma and grandpa, but my parents wanted something special. So, we thought for some time before we settled on the perfect fit. My dad used to be the Captain of a volunteer fire department, so we settled on Cappy for him. My mom’s nickname growing up was Babe, so we rebranded her into a Baba. To this day, Cappy and Baba are perfectly wrapped around Lillie’s pinky and happy with their choices.

Feeding the toddler: From kitty milk to Popi noodles

At one point and time we were absolutely desperate for my daughter to gain weight. We’d finally managed to wean her, but we had yet to get her to understand that survival actually did depend on consuming solid food. We tried introducing Pediasure, but she wouldn’t touch it with a ten foot pole. That is, until we told her Pediasure was actually kitty milk. That did the trick. At that time, she did all things with a kitty flare, including insisting she drink by lapping liquid from a bowl with her special kitty tongue. Once we rebranded the popular calorie-aid and insisted it could only be consumed via straw, we created a new household favorite that remains our beloved kitty milk to this day. I might suggest a rebranding to Pediasure corporate.

We were between swimming and gymnastics classes one day and I was desperate to get protein into my tiny tot. I knew she’d need the energy boost. The closest place to eat was Subway. I’d had some small success getting her to eat ham before. Long story short, after some intense negotiations, we decided that the ham, if rolled just right, looked just like a pickle and we all love pickles…except for Lillie, who won’t actually eat pickles, but loves herself some ham pickles.

The kicker is, Subway is now the only place she will actually eat ham. Now, when passing Subway, she asks for ham pickles, but doesn’t always want to roll them up. One day, in the far distance, I see a time when the ham will be served on bread. But that day is not today.

The adventure continues in a more a subtle fashion as she is growing in cleverness and, as her palate expands, but I find that we must continue to be cautious with our branding. For example, we actually love to eat shrimp, but don’t ever call it anything but chicken. We have a favorite Thai restaurant that serves Lillie her special Popi noodles. And most recently, we discovered there is a dirty mac and cheese and our daughter will only eat clean mac and cheese — good luck differentiating until final negotiations are through.

So close! But not quite there:

As she attempts new words and phrases we get the enormously adorable bloopers such as libary, aminals, barrow instead of wheel barrow, kneesies for kneepads, etc. She is absorbing phrases like a fiend and some of her favorites are: “Please companion me, that is not a deal, and how ’bout this.”

I’m sure you have or will soon begin to notice that toddlers are really tiny language builders, nearly as creative as J.R.R. Tolkien. Like me, I hope you will thank goodness for that. This can be such a wonderful opportunity to see how your child connects with the world. How their brains work. How the ham pickles roll. So, just take a breath, and remember, one day we’ll be desperately trying to be decode our teenagers. God bless us all.

Please let me keep our Lillie-ese for just a little longer.

PS: Here’s your quiz, if you can translate, you are ready to play!

“Cappy and Baba decided to get Lillie some clean mac and cheese with kitty milk for lunch, but she wants ham pickles and someone to companion her, instead.” 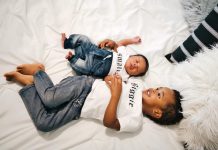 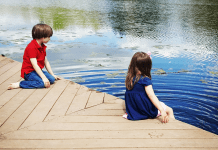 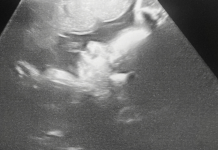