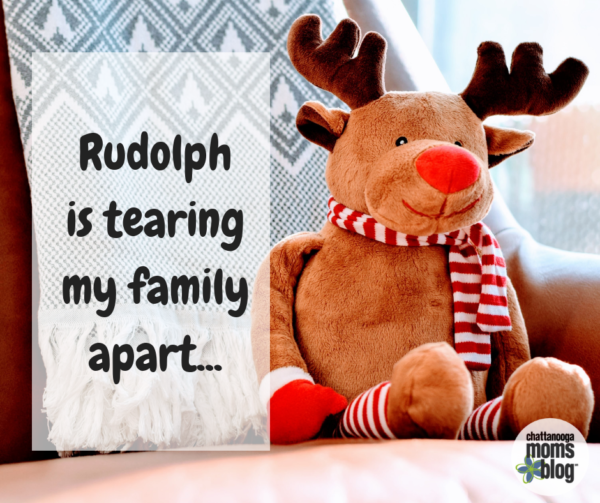 Look at him. He seems perfectly harmless. Who would think this sweet little underdog (underreindeer?) could cause such great emotional turmoil?

Our world is full of divisiveness and those arguments stretch far and wide. Coke or Pepsi? Toilet paper over or under the roll? Sweet potato casserole with marshmallows or pecans? The list goes on and on, but I can tell you that this time last year, my husband and I had an argument that is still unresolved a year later. And because this is my platform to air my grievances, now I’m sucking you into this battle of epic proportions.

My family is a Christmas family. We love Christmas music (maybe not every bit of it), and we start listening to it way earlier than most people. Last year, my family was innocently singing Christmas songs in the car, when “Rudolph the Red-Nosed Reindeer” came on the radio. Although the radio version didn’t include it, my husband and I sang the extra lines to the song with gusto. I’ll post the lyrics here to jog your memory… 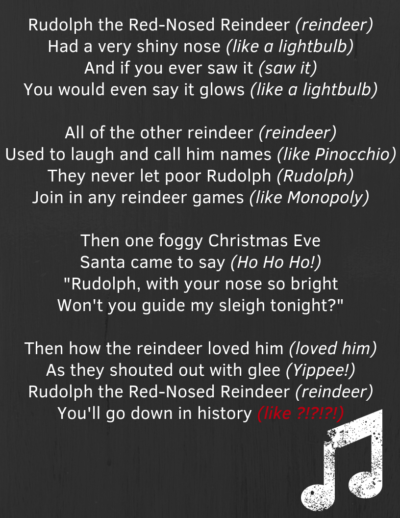 Imagine my surprise when we got to the end of the song, and I proudly sang “like George Washington” while my precious, misguided husband sang “like Columbus.”  I’m not sure I’ve ever snapped my head around so quickly! How is it possible that after 12 years of marriage, countless arguments about all things marriage and family, that we had NEVER realized this fundamental difference?!?! Even our children were taking sides, and I’m not going to lie, seeing their blind loyalty was heartbreaking.

So how did we attempt to make amends?

Through a multi-step approach. After lots of arguing, we both retreated to the internet (step one), which was just as divided on the subject. We went back to the songwriter, various versions, and even the deep recesses of Reddit for help. Although we found lots of fun information about Rudolph like this and this, we quickly realized we couldn’t solve this problem quickly, and neither of us was budging in our claim.

Step two involved a Facebook poll of our friends far and wide. A heated conversation ensued. Here are some of the comments:

George Washington doesn’t fit because it doesn’t have the right amount of syllables!

Why would anyone want to go down in history like Columbus?

Almost as important as the results of the poll itself was finding out that most people had no idea there was even another option. All Columbus folks had only heard Columbus, and all Washington supporters had only heard George Washington.

I thought the matter was settled, mainly because the vote showed our first President of the United States as the clear winner. But Facebook memories have an uncanny way of bringing things back around. Suddenly, I’m thrust back into this argument once again. So step three of our plan must settle this debate. I’m coming to the blogosphere for some help.

So here I am, looking for some clarity once and for all…are you #teamcolumbus or #teamwashington? Please answer carefully; my marriage may depend on it. 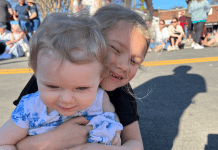 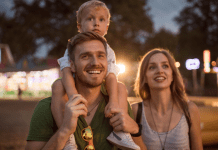 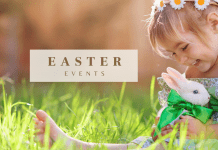