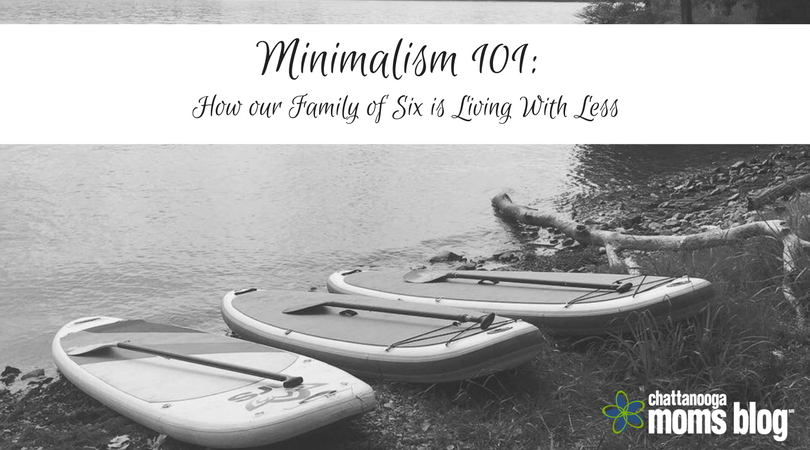 I’ve flirted with minimalism for a few years now. That overwhelming “oh my gosh we have so much STUFF” feeling would rear its ugly head, but I always had a way of avoiding it.

We bought a bigger house. That house had tons of hidden storage.

We’d have a yard sale. Clutter would subside for a while.

I would pack things away thinking “we’ll deal with that later.” Out of sight, out of mind.

With six people living in a rental house with lots of room, but without ample storage, the clutter is constantly staring at us. I spend more time cleaning, organizing, washing, shifting, and dealing with stuff than I do anything else.

In a house I don’t adore the struggle to make it a home is just that: a struggle. Instead of coming home and saying “ahhh,” I walk in and say “ugh.” I’ve tried decorating, fancying up a bit, and burning candles. The fact is, I feel like I live in a warehouse. Even the kids are ready to purge. The thought of not being surrounded by stuff, climbing over toys to get around their room, and actually being able to find what they are looking for is appealing. And now that we are done having babies, hanging on to a lot of this stuff “just in case” isn’t necessary.

We are a simple family. We like music, being outside, movies, good food, reading, exercise, and video games (well, I don’t like video games, but I have four boys, so it’s a given). We don’t need closets filled with things. We need the time, money, and energy to do the things we love.

We are ready to make room for a better life.

So, step #1 is getting all those boxes out of the attic and going through them.

These are boxes that either went straight to the attic when we moved in a year-and-a-half ago or have at least been there for several months (after one of my epic freak-outs over all the stuff everywhere!). The kids and I pulled these boxes down and put them in the “sorting room” which was the hubby’s office. Sorry, hun.

My oldest is on board and will actually consent to getting rid of more than I will! Number 2 is a little more sentimental, but he has so enjoyed the experiences we’ve been able to give him this year (concerts, etc.), that a simple reminder of what getting rid of these things will allow us to do is enough for him to let go.

The tough sell is number 3, who is five-years-old. He loves all the toys. ALL OF THEM. What we have done so far is let him go through and play with everything for a week or so and see what sticks. If it’s exciting for a day or two and then tossed aside, it goes. If he’s still playing with it several days later, it stays for now. I’m not looking to traumatize him by selling his stuff.

As for the two-year-old, I took the advice of a retired Montessori teacher I know: he needs less of an item. Keep the duplo, but only give him a shoebox full. Keep the wooden trains, but only enough that he can build the tracks himself. Some of these long-lasting toys will stay, but they will be available only in small quantities. It’s less mess for us and less overwhelming for him!

Step #2 is deciding what to do with the stuff.

Some of it is garbage — broken toys, scrap paper, worn-out clothes, etc. Everything else is boxed and moved to the garage for yard-sale prep. Thank the good Lord I have a friend who is also downsizing and is using her basement as our storage space for yard sale goods. When I have a good load ready, I can run it over to her house and drop it off to wait for the big sale day.

After the yard sale is complete, step #3 is that anything left will be donated.

With any proceeds, we will do something as a family as a reminder of why having less stuff is a positive thing!

Finally — and this is the really important part — we must make sure we don’t get overwhelmed by stuff again.

We shop with purpose. We focus on buying things that will last and live by the saying “use it up, wear it out; make it do, or do without.” The things we really need in life are few. If those extra things — the wants, not the needs — are making your life less enjoyable, why have them?

I’ll leave you with this: after a couple of tough years (job loss, moving, lots and lots of stress) my nine-year-old looked at me the other night and said “this has been the best year.” “Really?,” I said. “How do you mean?” He said, “We’ve seen dad’s band do so well, we got to go see the Avett Brothers, we went to Legoland, I got to go see Coyote Peterson…we’ve had so much fun!”

I couldn’t help but notice he didn’t mention a single thing we’d BOUGHT, but rather things we’d DONE. By limiting purchases of things, and using our time to earn and save, we’ve had the privilege of making memories. And what a privilege it’s been. 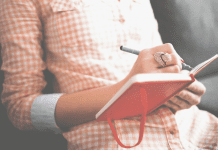 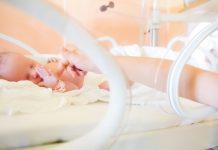 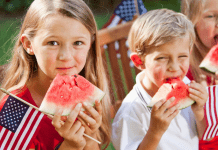