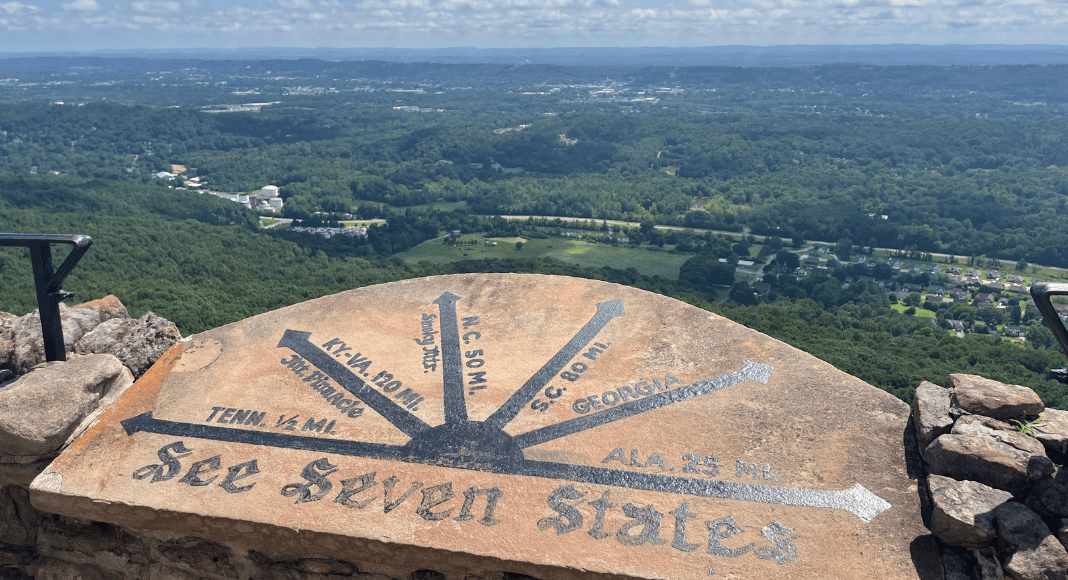 Every Chattanooga native knows the first thing people say when you say you’re from Chattanooga is either, “Oh the Choo Choo!” or “See Rock City!” On every road trip, we pass the See Rock City barns over and over. When we had friends come in from out of town a few weeks ago, they went to see Rock City with their kids and we realized that we hadn’t even taken our own kids to see Rock City!

The next weekend, when my father-in-law and the kids’ cousins were in town, we decided it was time to remedy that. I hadn’t been since I was a child, so I was curious to see whether the Fat Man’s Squeeze was really as much of a squeeze or if the suspension bridge was as memorable as it was when I was little, or if you really could see seven states. 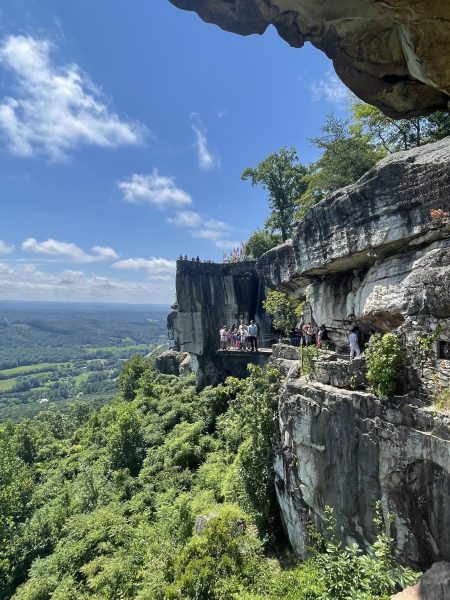 We loaded up the car and headed up the mountain for our Chattanooga tourist adventure. We got there around 10am, and the parking lot wasn’t too full and the line wasn’t bad. I would definitely recommend going early or on a weekday because as we were leaving, the line was getting longer.

It took about an hour and a half to see everything. Fat Man’s squeeze was still a squeeze, and the kids thought that was very neat. The suspension bridge was definitely not for those with a fear of heights! For a good photo op that takes a little effort, have one person take the other bridge across and snap a photo of you from there like our friends did! Mom doesn’t love heights so she volunteered to be the picture taker!

The view from Lover’s Leap is beautiful.

It was a little hazy, but we are convinced we saw seven states. There is even a cute café with tables with a view, so it would work out nicely to time it to have an early lunch there. While we were there, they had a band playing live music as well. 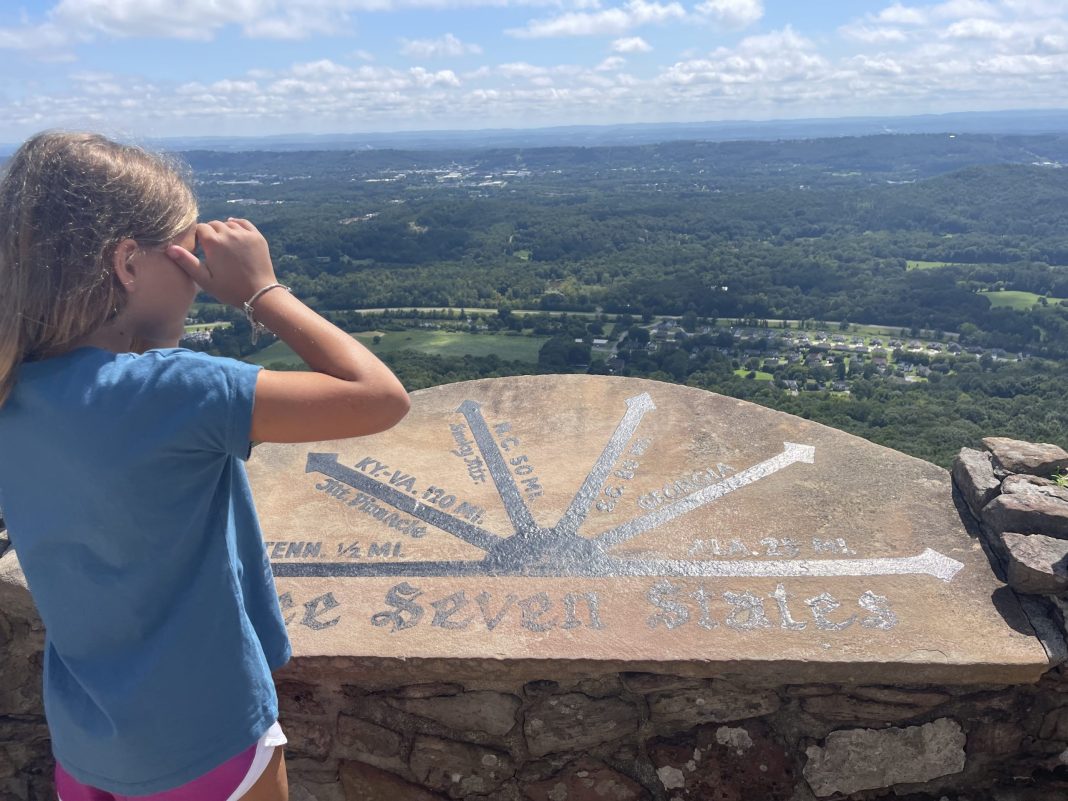 A trip to Rock City wouldn’t be complete without seeing all the gnomes!

Towards the end of the walk-through Rock City, you go into the caves (which is also nice on a hot day because it was much cooler there) and walk-through different fairy tale scenes lit up with a black light. It is a little step back in time — maybe a little creepy feeling — it kind of seems like you’re getting a little look into something time forgot. 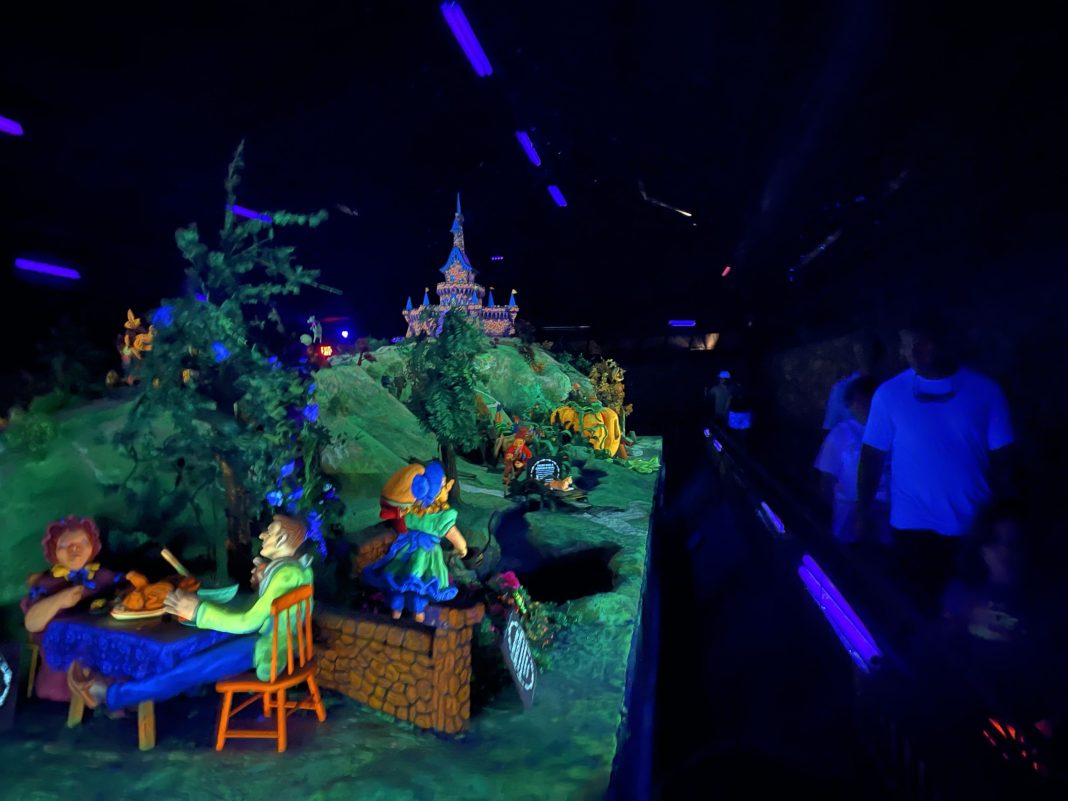 The kids tried counting all the gnomes they saw, which was fun. We were able to breeze through everything and get a good look at things without too much of a crowd. It was kind of refreshing to see something that wasn’t Disney World fancy and computer animated. It felt like a throw back in time and the kids thought it was neat, and the views were great.

We can now all be official Chattanoogans and say we have seen Rock City! 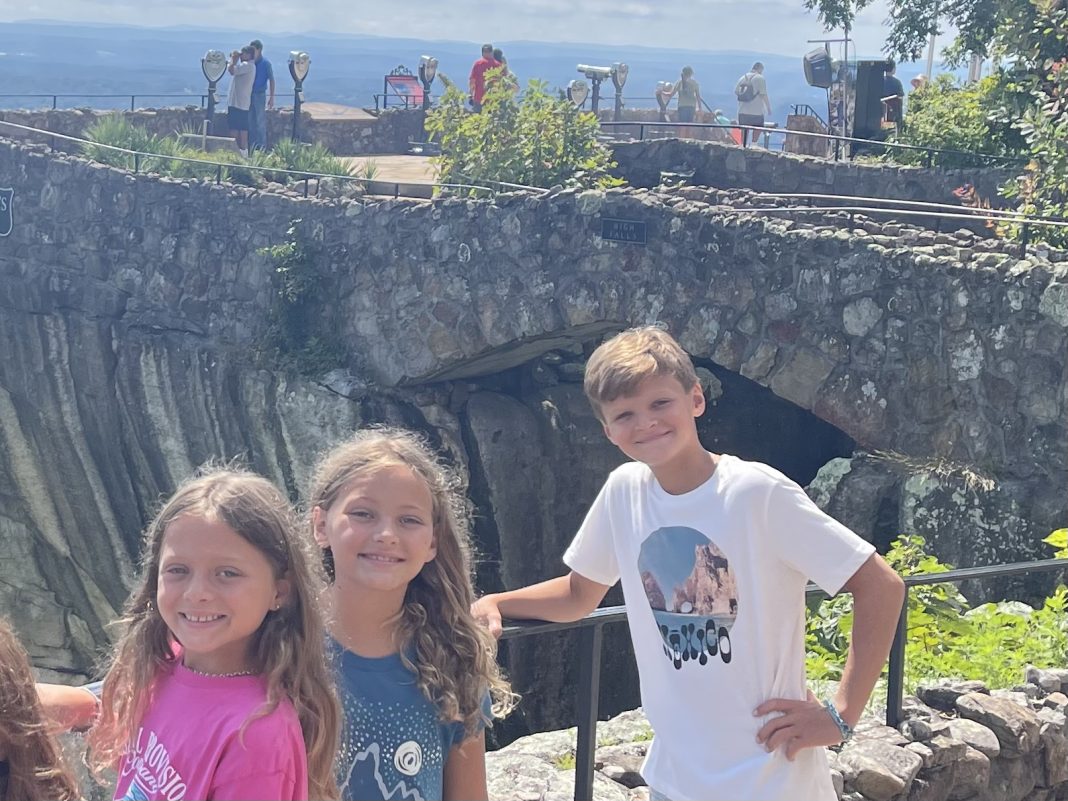 Some fun facts about Rock City:

Rock City was opened in May 1932 by Garnet and Frieda Carter. They originally set out to develop a residential neighborhood with a golf course. Construction took longer than expected for the golf course, so they built a miniature golf course they called Tom Thumb Golf.
Frieda Carter marked out a trail and decided to create a rock garden. She brought in many different plant species and gnomes along the trail. Her husband realized she had created an attraction on its own that people would want to see.
The founder of Rock City, Garnet Carter, came up with the idea to paint barns with “See Rock City” painted on them in 1935. The barns were painted by Clark Byers until he retired in 1969. He has painted over 900 barn roofs in 19 states by the time he retired. There is a webpage with a map of the See Rock City Barn locations throughout the US.
The barns were a huge success in putting Rock City on the map as a tourist destination and now more than half a million visitors see it every year. There are 78 gnomes on the property, so it is fun for the kids to see if they can spot them all!
Some logistical notes: the trails are not stroller friendly so they are not permitted. Make sure to bring a backpack carrier for smaller kids. Pets on a leash are permitted. 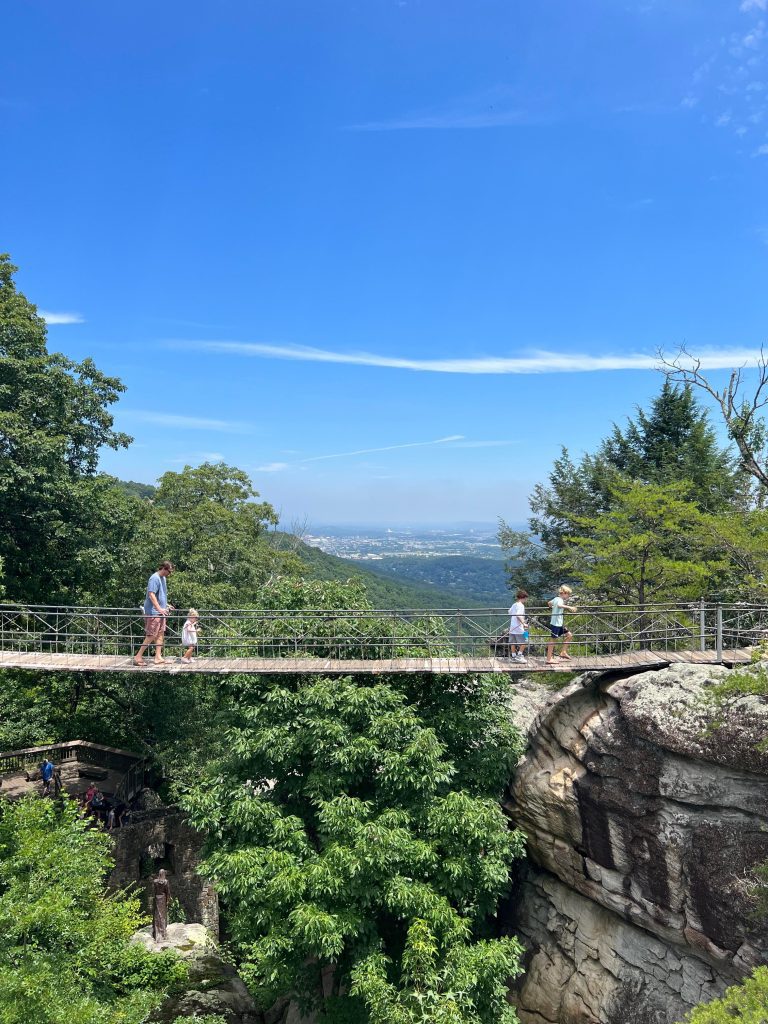 Have you visited Rock City? I’d love to know what you think about it, so leave a comment below!