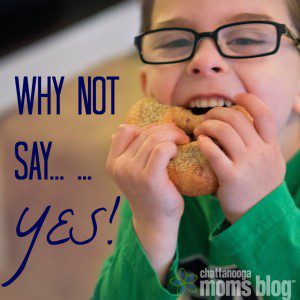 I found myself saying ‘no’ a lot; like a whole lot.

Why not say YES?

If we are being truthful, I downloaded a counter app on my phone and tallied the number of times I said no in a day for a week. The number was startling and I knew I had to make a change. The real question was “why;” why was I saying ‘no’ to most of my children’s requests?

I started this experiment when my oldest turned four and my middle turned two. I had just found out there was going to be a third baby and this meant I was going to quickly run out of time (for everything). I had recently been convicted to really reflect on my parenting style (as well as other things) and with the news of a new baby I knew it was now or never: Do or die! (I mean three children may kill me, but that’s a whole different issue.) I was doing some soul searching on the reason why I said ‘no’ so much and I realized it was my life long issue surfacing again.

Because I am a task-oriented person, I have struggled for many years putting the plan/task before people. And here I was doing it again, to my people. My babies were at the mercy of my task completion/schedule.

My heart sank. I was putting routines, laundry, dinner prep, clean base-boards, spotless windows, and so many other tasks above my people. There is certainly some value in completing tasks (I am not a believer in the whole “good moms have dirty houses and happy kids” crap). It surely will be noticed if our home erupts into chaos, but things were out of balance. My people, my kids, needed to be heard, cherished, appreciated in their innocence, and given a voice! They have a voice, an imagination, ideas, wants, and desires and I was constantly silencing them with a quick ‘no.’ I realized I needed to find a balance in home duties, wife duties, and mothering duties, but I needed to start by listening and saying ‘yes’ to the tiny people.

I started evaluating the tiny people’s requests with a ‘why not’ instead of a ‘why.’ It’s empowering; I want you to try it!

When the conversations could be cut off with a quick ‘no,’ I first asked myself ‘why not.’ I found myself saying YES a lot more! You see, when you begin to ask yourself ‘why not,’ you realize there really isn’t a good reason to say ‘no’ anyway. Saying ‘yes’ to the tiny people may not coincide with what I had planned but I realized I was missing seeing the world through their eyes. I wanted to say ‘yes’ to them more and enjoy indulging in their ideas and requests. I DID and it is AMAZING!

Kid: Can we stop at the park?

Me: (We just left the store and the car is full of groceries. I planned to sort and cut up all of the fruit and veggies we just bought—before nap time. I have several other tasks that I was going to accomplish during nap time—including a shower… … … but wait ‘Why Not’?) YES! Let’s do it!

So we stopped and we played; and guess what else… I still got all that other stuff done too. But in addition I got to say YES! I gave my child a chance to have input into our day. We got to play. We got to laugh. We got to enjoy that day, right then, together! Yes, My people are more important than my plan. 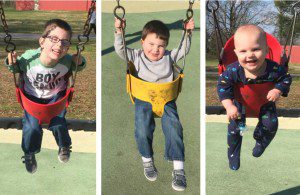 Kid: Can I have a bagel for lunch; a chocolate chip one?!?!

Me: (why not?) YES! We can’t eat bread every day for lunch but it will be fine for today.

So we went to Einstein and got a chocolate chip bagel for lunch. It was delicious. No one was hungry or died of poor nutrition. And yes, my people were more important than my plan —nuggets and fruit for lunch. 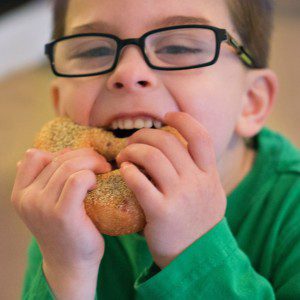 Kid: Can we have black noodles in our spaghetti tonight.

Me: (why not). Yes! Let’s get out the food coloring and dye them black!

So we had black spaghetti. It didn’t taste any different and everyone ate every bite! It’s a win-win. Yes, My son was more important than my plan — plain spaghetti noodles. 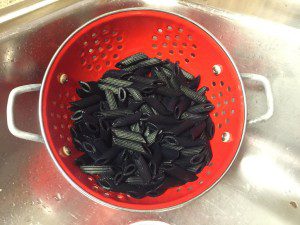 There will be many times in child raising that I have to say ‘no.’ But when I don’t, why not say ‘yes.’ I’ll be honest; it was much harder in the beginning, but now it’s fun. We laugh more. My children aren’t expected to see the world through the eyes of an adult. I remember to hear them, cherish them, appreciate their innocence, and validate their a voice by saying ‘yes’!

What are some ways you are saying ‘yes’? It isn’t easy or even convenient most of the time, but it’s worth it. They are worth it. Our people are more important than our plan…so say YES! 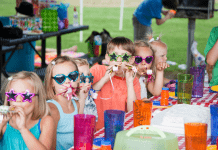 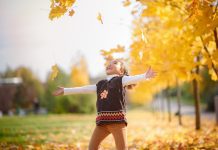 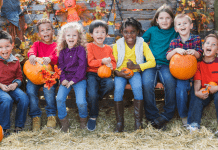