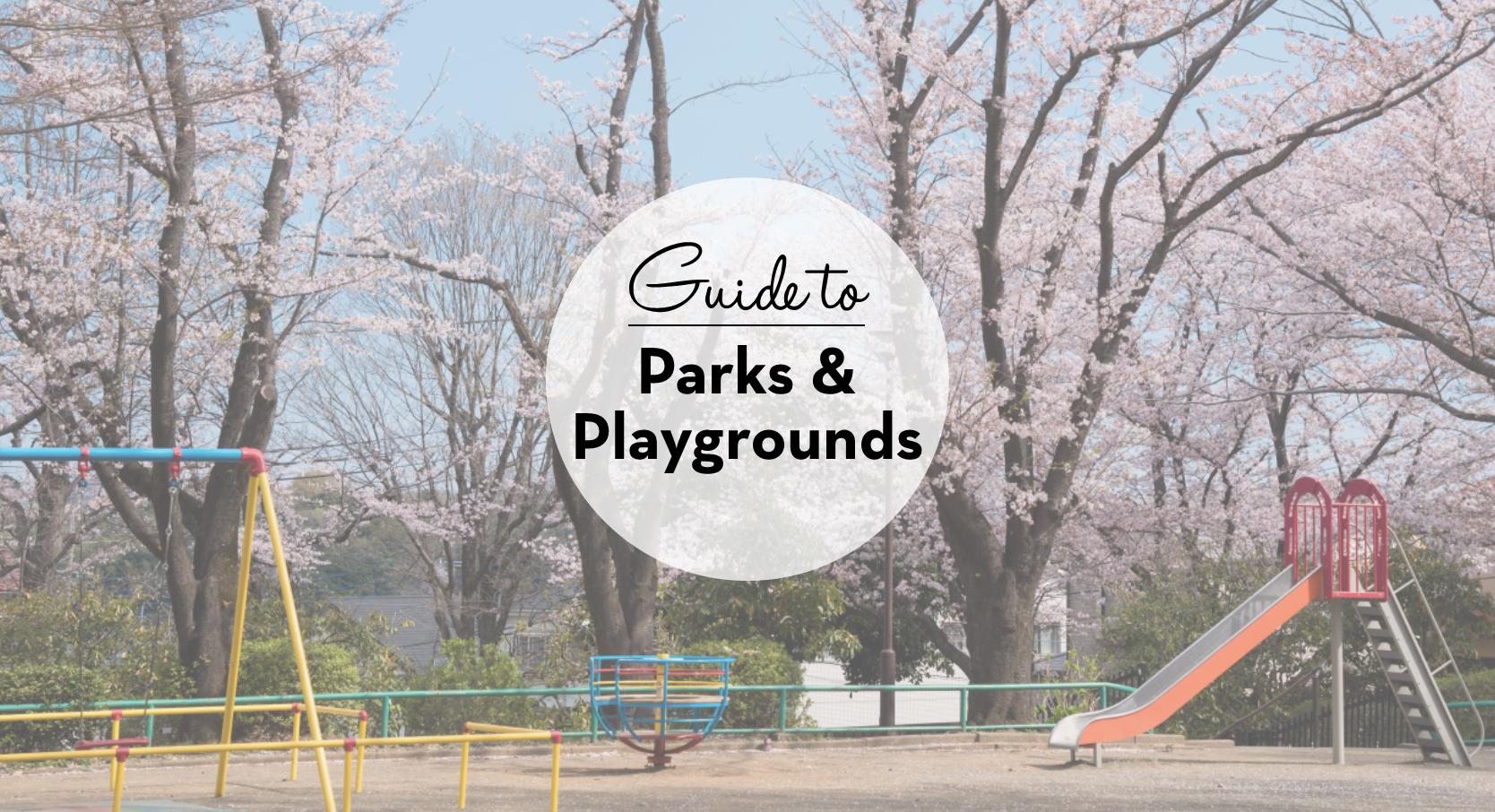 If you’re anything like me, you’re constantly trying to find some new playground areas for your kids.

I’m featuring some of the favorites of my family, as well as the families of our contributors and readers. We asked for your input on the Facebook page, and I’m sharing some quotes from our readers so you can learn from them, too! If you have a favorite not listed here, leave us a comment, and we’ll get it added. 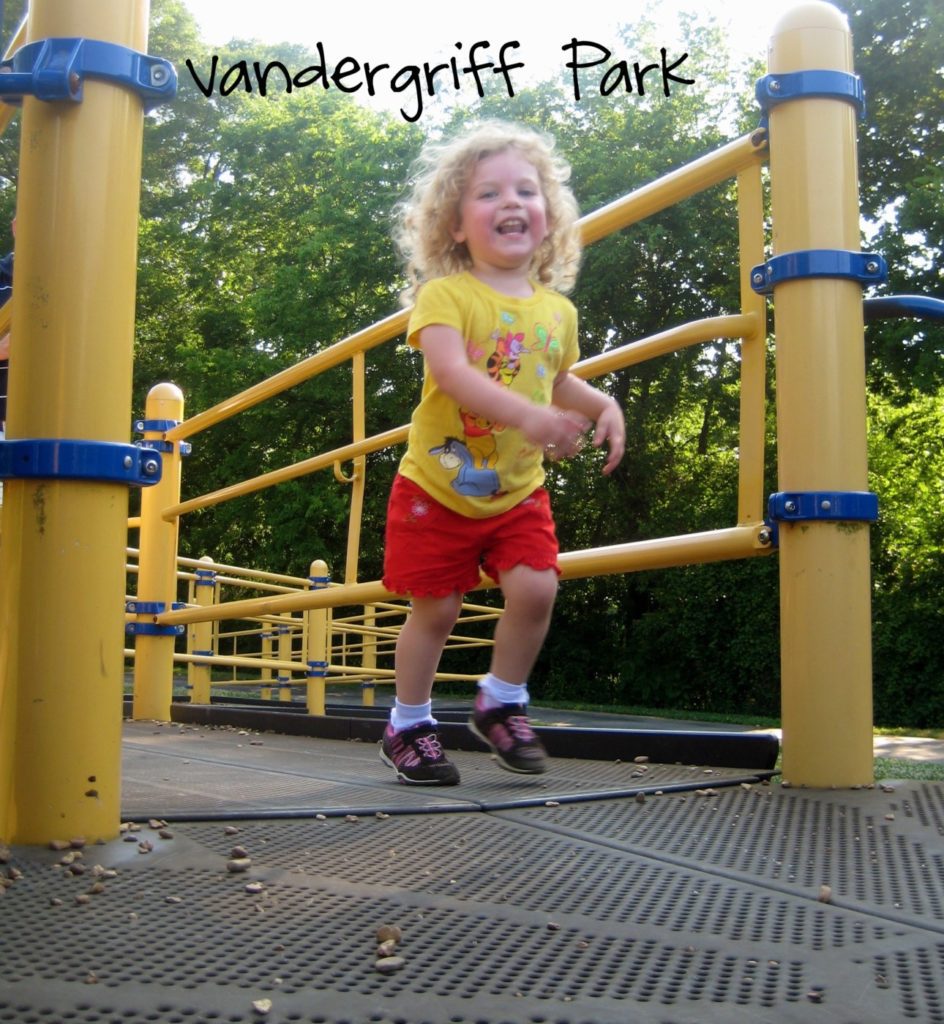 Something for everyone! There are structures for younger kids, older kids, even wheelchair-bound children; swings galore; a walking track; and a shelter with picnic tables.

“I love the multiple structures that are age appropriate, pavilion for picnics, and a walking path.” – Vanessa T.

Chester Frost has several playground areas: the popular “beach” playground near the entrance, which also has entrances to the lake for swimming during the warm months, and a couple age-divided structures farther into the campsites.

Near the Champions Tennis Club, this structure has handicap-access structures. 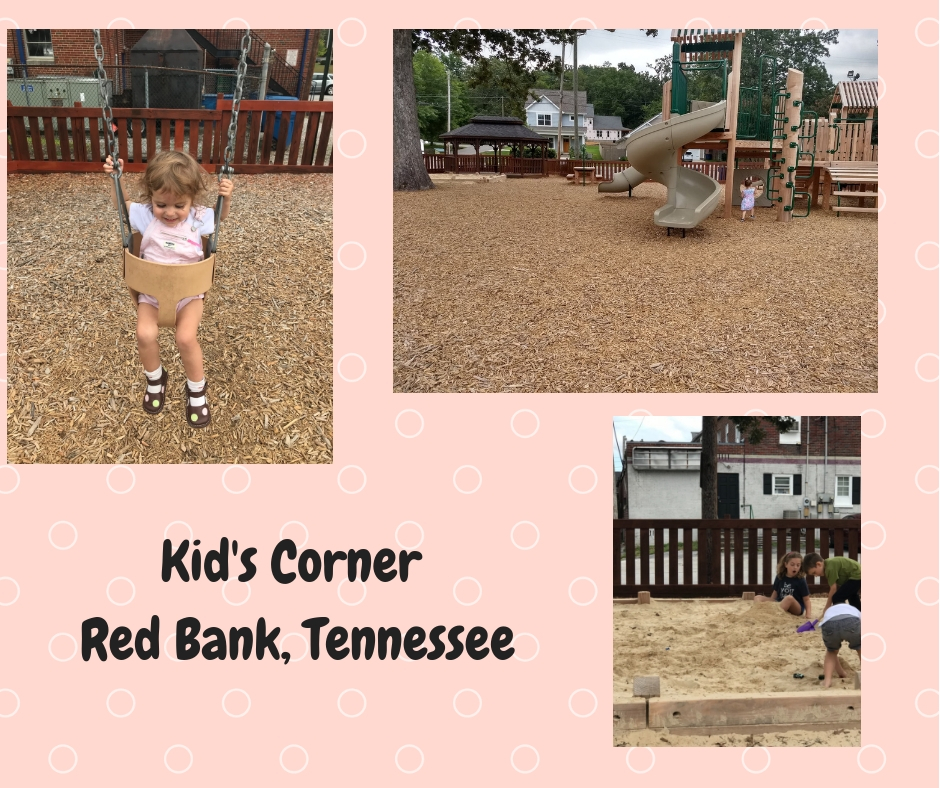 A sweet, wooden playground tucked behind Dayton Boulevard near Red Bank Methodist Church. Completely redone recently, the area now includes a larger and smaller play structure, swings, and a giant sandbox. It is fenced all around, although the two gates were not latched and a friend’s toddler kept escaping the last time I was there. Some of the shade is also gone, but there is still one big tree. 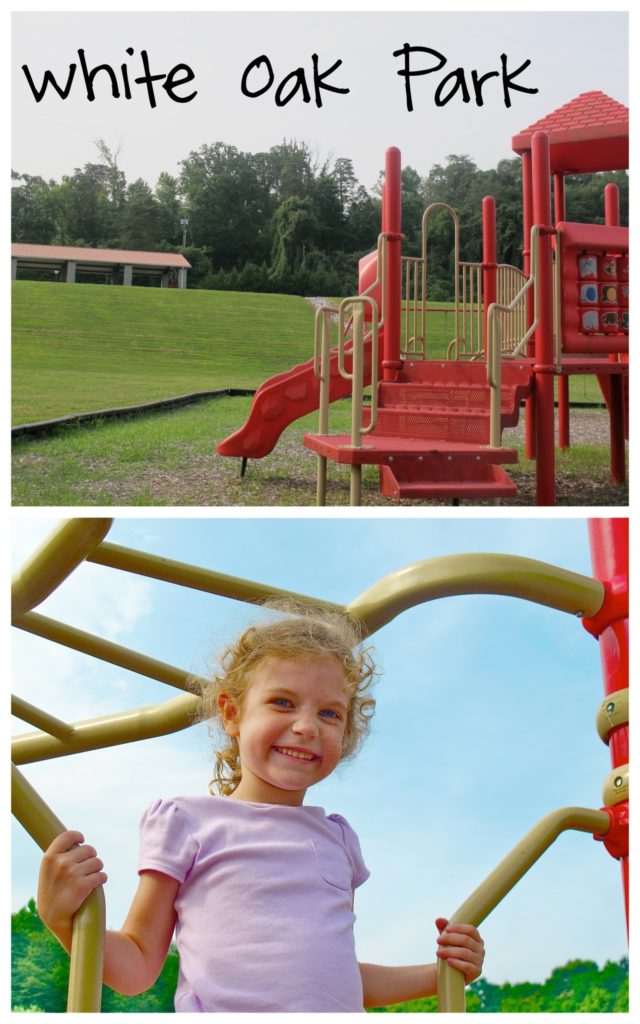 A great hidden gem, this park is cooler on summer mornings, with slides, climbing, and swings.

“Kids Park is nice because it’s beside the lake, which has picnic tables, and during the summer people swim and kayak there.” – Shannon

Located behind the Municipal Building in Soddy-Daisy, this big wooden playground has a lot of shade. The large pavilion area is available to rent for parties. There is also a sandbox and music play area.

A red-white-and-blue playground with several climbing structures was added to Veterans Park a few years ago. Take some time to see the helicopter on site as well!

Swings, a slide, and a climbing structure.

A great, large play area with fenced-off area for younger children. It’s been spiffied up the last several years, and now it also has an outdoor amphitheater, areas for picnics and grilling, and a covered area with tables. It’s a little hard to get to, especially if you’re coming south on Hixson Pike, but well worth it! 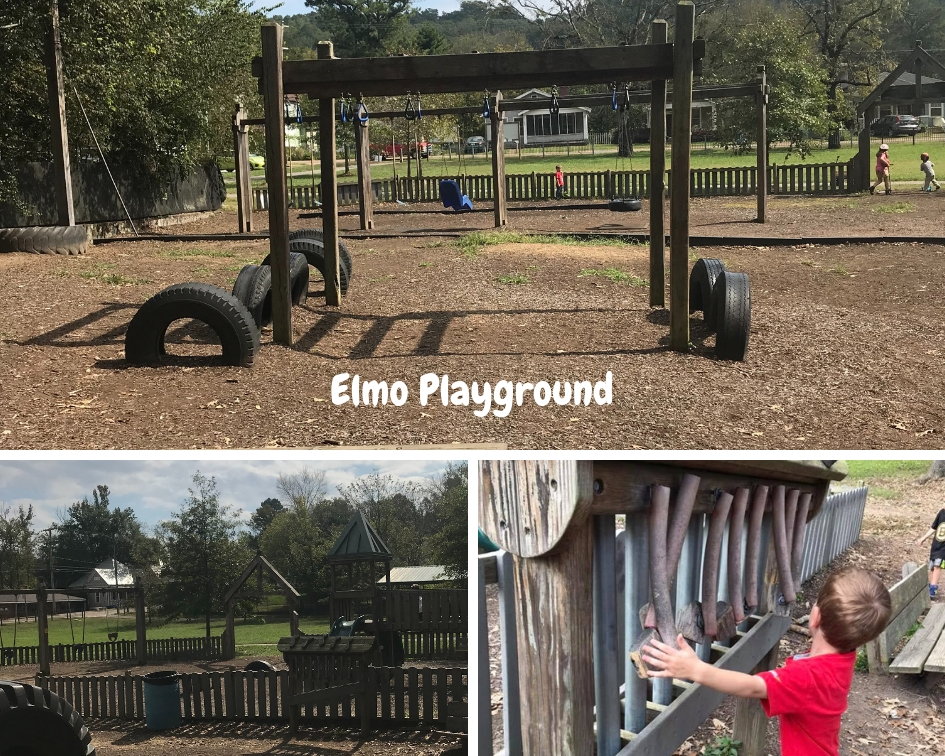 St. Elmo’s neighborhood playground is very large, divided into different age areas, and has many of the same design elements as the infamous Pumpkin Patch. A sidewalk runs through it and makes an excellent space for riding bikes, scooters, and tricycles. The area for smaller children is fenced off. From what I understand, it may be the only playground left in the area with a zipline! Close bathrooms with a water fountain is a major plus, too.

A sweet neighborhood block with slides, a merry-go-round, and climbing structures.

Right on the river across the street from the aquarium, this playground has great structures and a view! 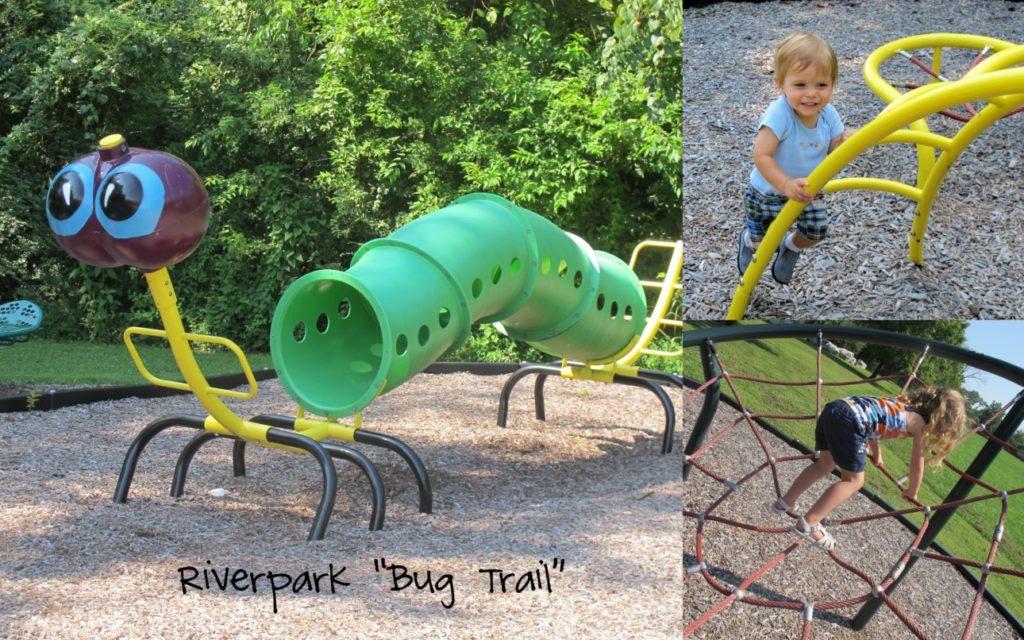 A quick drive into Harrison Bay will land you at their large playground, with picnic areas and plenty of space to run.

Play structures near the water, where you can go skip rocks when you’re done playing. Many other outdoor activities available at this spacious state park, too. 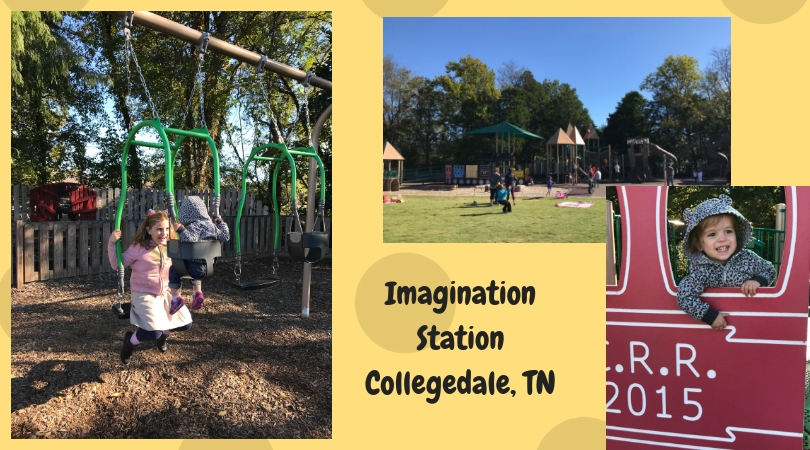 Completely redone in 2015, Imagination Station is what my kids call “THE BEST PLAYGROUND EVER.” Climbing and swinging for kids of all ages and abilities, slides, tunnels, a wooden structure with sand pit, picnic area for eating, and a path for dog-walking or scootering.

This newer playground is just stellar, from the beautiful “stained glass” art to the structures encouraging jumping, exploring, and creativity.

The playground is situated in the middle of a walking path, near the dog park. Lots of sand, so bring some digging toys.

In addition to tennis courts and a sand volleyball court, the park has a wooden playground. 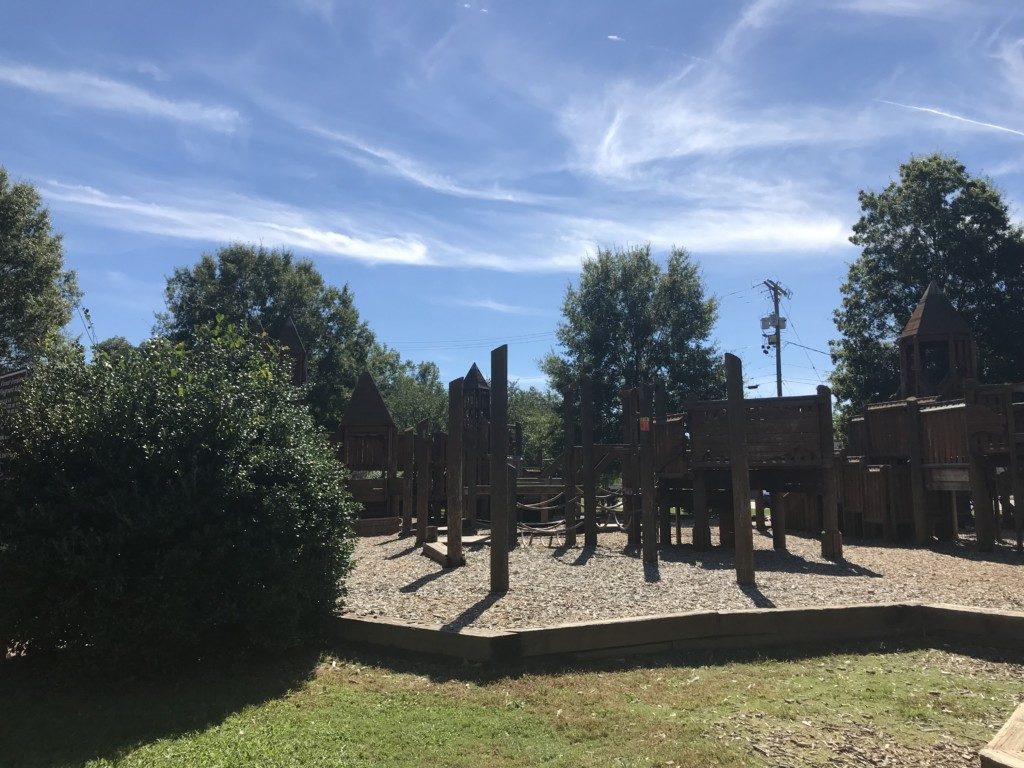 A wooden playground area with slides. 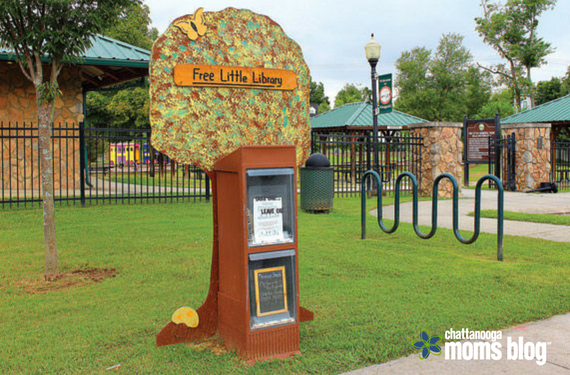 This community park in central Ringgold has a playground, a play train to climb in, and swings, as well as this Little Free Library and a walking/jogging track. According to our resident Ringgold expert, Danielle, the bathrooms are clean and there is shade, too!

Located behind the country club, this playground has lots of swings and slides, as well as green space to play and a picnic shelter for snacks. 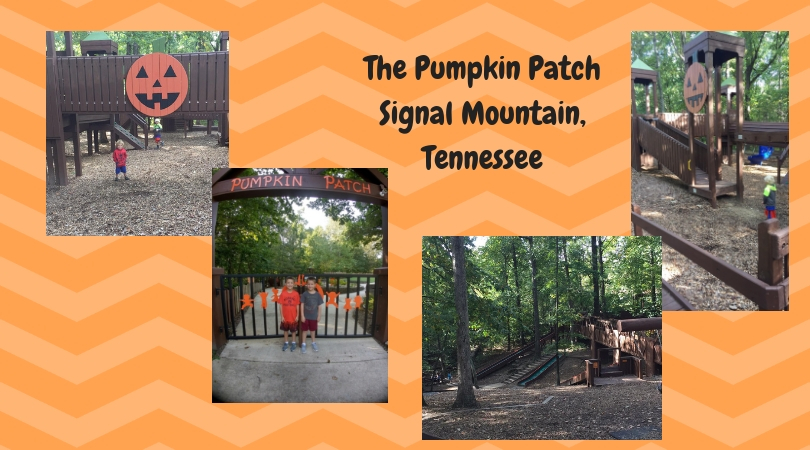 The community-built Pumpkin Patch playground was updated in 2018. The layout feels cleaner, equipment has been improved or updated, and, most importantly, the giant slide is still there. Shaded year-round, the cool park is a great place to spend a few hours.

I am well aware this is not an exhaustive list, but just some favorites around town. For a more complete listing see this post on the Times Free-Press’s site. 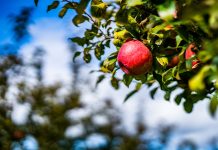 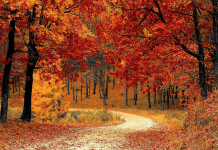 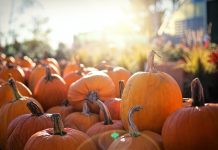 Shannon Hartin - September 11, 2021 0
{Please note: due to spring frost and COVID-19, the Chattanooga area orchards listed below are not offering u-pick, but plenty of apple fall activities...