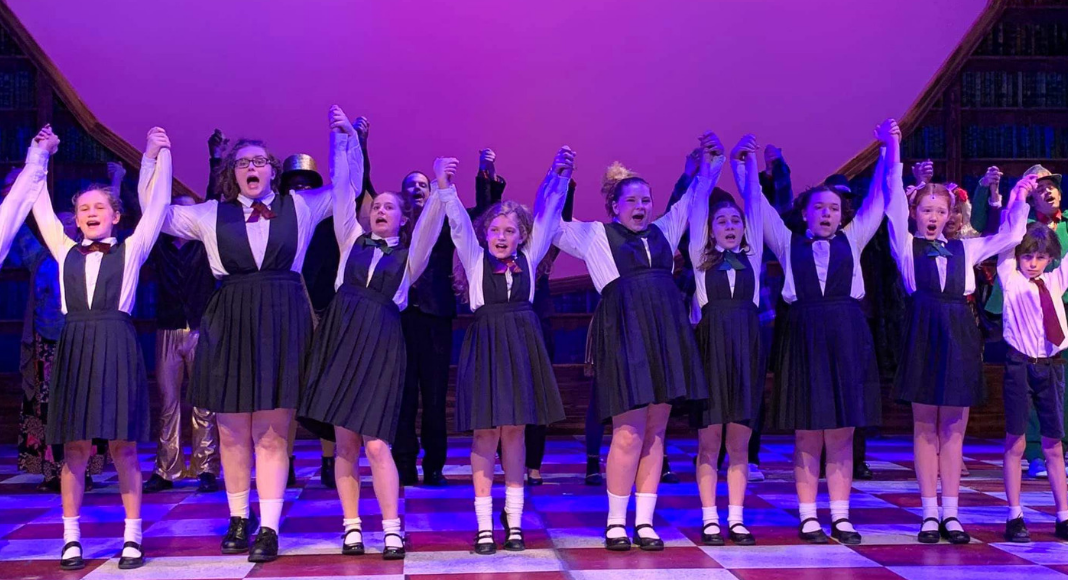 The Weaver family recently went through quite a whirlwind three months, during which my 10-year-old daughter rehearsed for and performed her first real show; she played Matilda in Matilda the Musical at the Chattanooga Theatre Centre. After being obsessed with this musical for about two years, it was such a joy to see my daughter, Libbie, get to play the part of the five-year-old Roald Dahl character. We truly had no idea what we were getting into, though, simply that she loved Matilda and musicals and wanted to audition.

(As she’s never been in a musical outside of her school, we certainly weren’t expecting her to be cast as the lead. We thought auditioning would be a good experience for her. Just goes to show that “anything can happen in the theatre!“)

So I’m here to reveal what happens backstage at the Theatre Centre, what the commitment for a show is like, and what you can expect at an audition.

Please note that our experience was with an adult show. I believe the processes of the Youth Theatre are similar, but the rehearsals take place in the afternoon and the shows don’t run for as long. 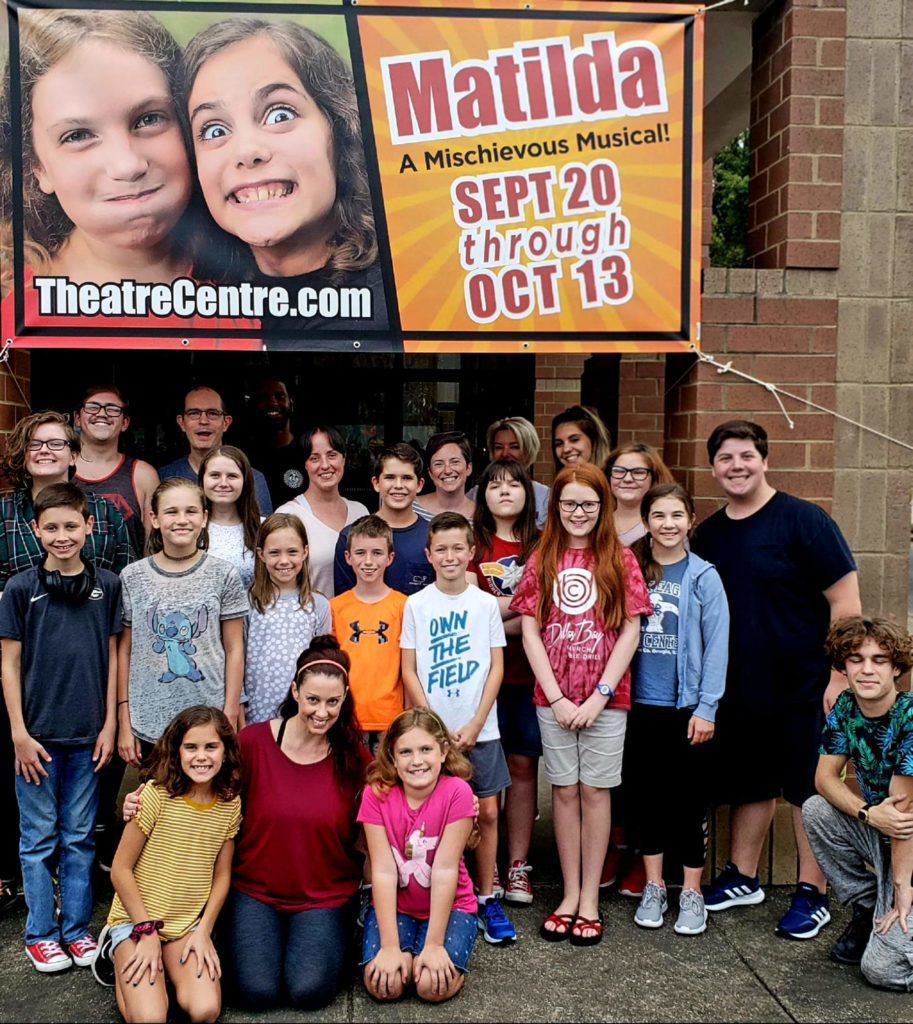 The times of auditions and the roles to be filled are all found on the Theatre Centre’s website (go to Get Involved, then Auditions). Auditions take place over two days, but you only have to go to one day of auditions. The auditions are a long process!

First, we filled out a form with Libbie’s pertinent information, any experience she had in theatre, and the character she wanted to audition for (with the option to check that yes, she would be any role or no, that was the only one she wanted). You also must go ahead and list any conflicts you have with the rehearsal schedule. They then assigned her a number and took her picture. She was taken to different parts of the building to sing with a group, read lines, and learn a dance routine. We were at the audition for at least two hours, and at that point, they hadn’t even started working with the adults who were there to try out! So expect a long night.

Generally the day after the second audition night, the Theatre Centre posts a list of those who are called back on their Facebook page. (This is also available on the website, I believe.) Callbacks are usually on Thursday of the week of auditions, although ours were on Wednesday. Callbacks are another long evening of singing, lines, and choreography. I wasn’t at Libbie’s callback — my sister took her — but Libbie said they kept asking her to come back and sing again and again.

A day or two after callbacks, once again the Theatre Centre will post on the Facebook page, this time a cast list. To accept your role, you e-mail the stage manager for the show. Be prepared; rehearsals will probably start in just a few days! 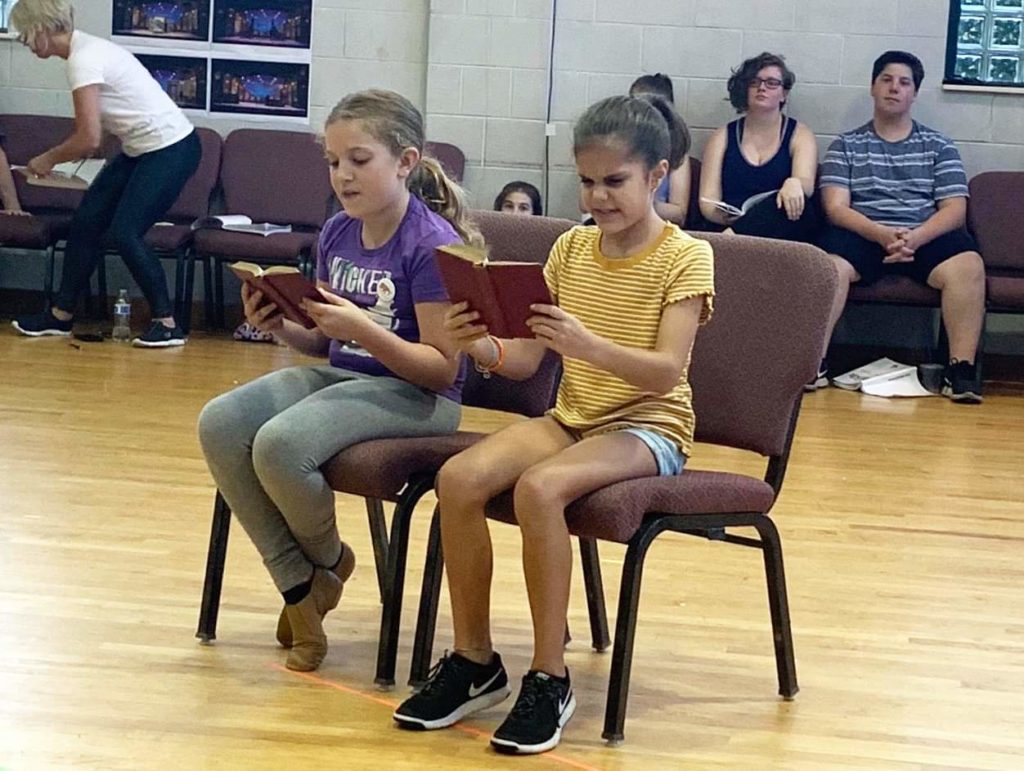 For our show, rehearsals were from Sunday-Thursday. Sundays were from 6-10pm and the others were 7-10pm. Sometimes not every character was needed for every rehearsal (in the theatre world, you are “called” for the rehearsals based on whether they need you that night). But since Libbie (the blonde in the purple shirt) was the main character, she went to every single rehearsal. (She and the other girl pictured here, Anay Philips, shared the role of Matilda and split the performances.) For my 10-year-old daughter who is used to going to bed at 8:30pm, this was pretty difficult. A few times, she got overtired and had a bit of a meltdown. Rehearsals for musicals are hard work. They involve learning lines, blocking, songs, and choreography. They are working with the director, stage manager, costumer, tech people, and fellow actors. Our cast rehearsed for just seven weeks for a full-length musical that included 14 kids from ages 9-19. They worked HARD. We always sent Libbie with water and a good snack.

Tech week, the week before the performances start, is going to be the hardest! Libbie was at the Theatre Centre well past 11pm several nights. This is when they integrate lights, costumes, and orchestra with the rest of the things they’ve been learning!

Parents do not have to stay for the rehearsals; you aren’t even allowed to see them! There are lobby areas, though, where you can sit if needed, with outlets and WiFi. We enjoyed just hanging out with the other parents sometimes even though we live pretty close to the Theatre Centre and could easily drop her off and pick her up. 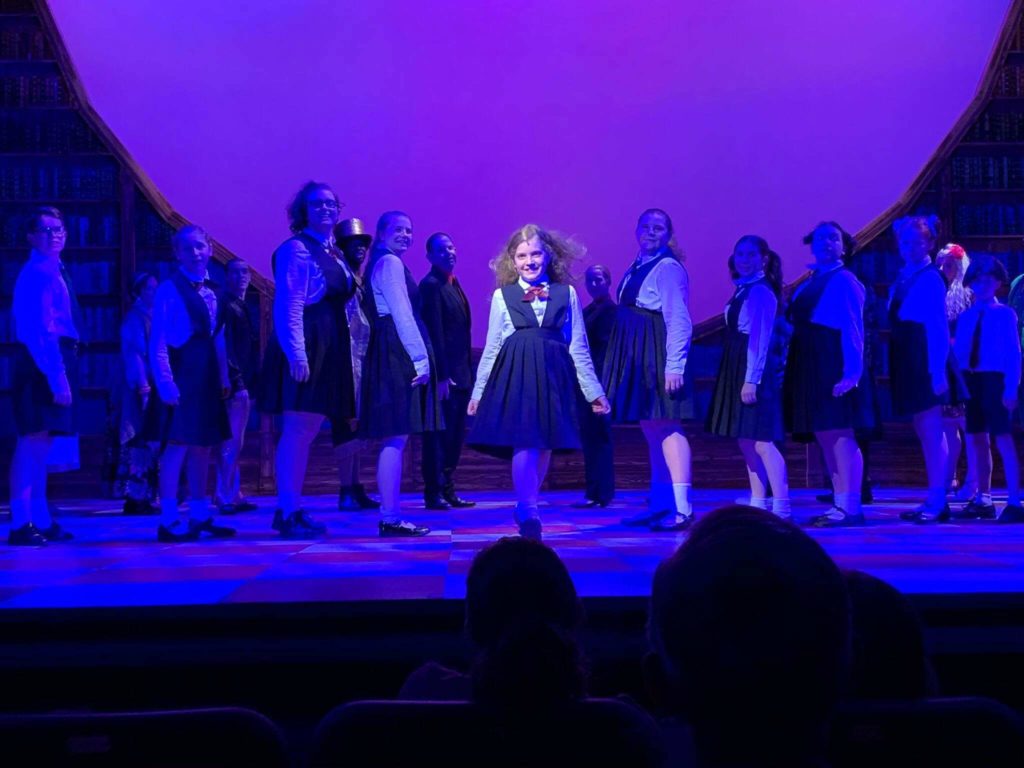 We found the performance schedule to be a lot easier than the rehearsals; however, Libbie only did half of the performances of Matilda, since she split the role with another young actress. Every other person in the show did five performances a weekend: 7pm on Thursday, 8pm on Friday, 2:30pm and 8pm on Saturday, and 2:30pm on Sunday. In some shows, all the children’s roles are double cast (like Mary Poppins, the next adult show the Theatre Centre is performing). I believe the director gets to decide. Some shows have more performances and some fewer. For us, it was four weekends of performances. The call time for performances was 1 1/2 or 1 hours before the start of the performance so actors can warm up, get costumed and made up, and be completely ready for the audience.

Between us, my husband and I saw Matilda 12 times! We were grateful to find out that cast members can get half-price tickets for the show as long as they are ordered before opening night. That saved us a lot of money! We were also given a parking pass for the auditions and a parking pass for the Theatre Centre lot for the duration of rehearsals and the show.

Overall, we really could not be happier with our first “theatre parent” experience. The staff and volunteers at the Theatre Centre are kind, friendly, helpful, and lovely. All of the other actors and their families worked together to make this an incredible show where our children could shine, and the adults in the show truly nurtured my little actress into a better actor, singer, and person. We will be forever grateful for to all of them.

I hope this helps you decide if you’re on the fence about auditioning for a show at the Chattanooga Theatre Centre! 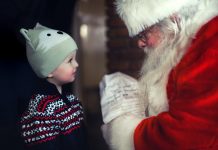 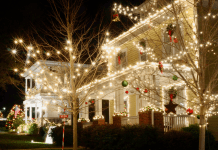 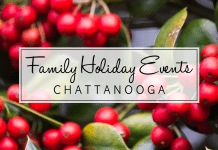