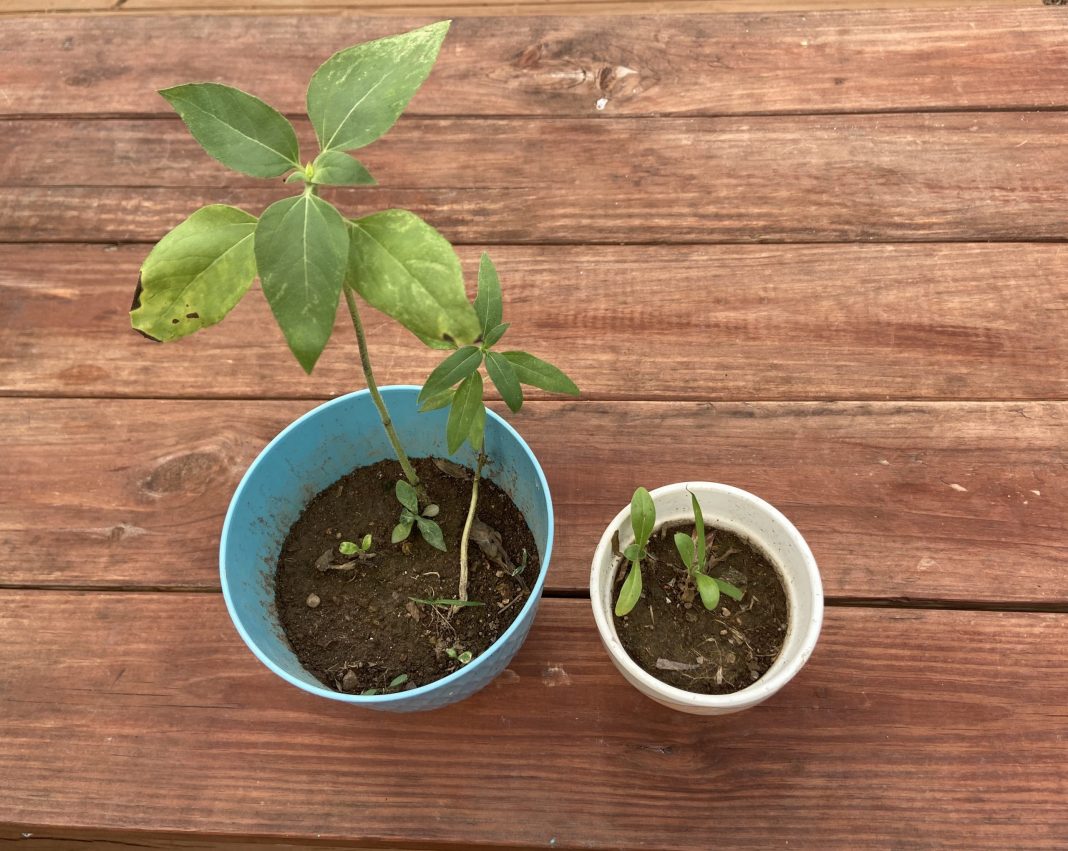 My son Andy turned six on the day Georgia put the Shelter-in-Place orders into effect. We had a drive-by birthday parade that ended before curfew and guests dropped off gifts at a table by the road. One little friend had painted a little terra cotta pot and a different friend included wildflower and sunflower seed packets in a card. The next day, Andy wanted to plant his flowers and said his little sister could help, so I rounded up a little pot for her too. It was a simple blue plastic one from the Dollar Tree with no drainage holes. The kids used an old kitchen spoon and a gardening shovel and scooped mud into their pots. They ripped the seed packets open with their teeth and dumped seeds on the top of the freshly-scooped mud. Boom. Plants planted. They were extremely proud of themselves and displayed their pots on the porch. Since then, the plants get watered when I remember or if rain inadvertently blows onto them. Somehow, green shoots have shot up through the mud and it looks like there may be a bud on the top of one stalk. I am really amazed by their resilience.

I wanted to write about absolutely anything besides racism.

I brainstormed about a dozen different topics I could write about, but it would be disingenuous to pretend that there isn’t a movement happening in our country right now. There are hard conversations taking place all over social media and I am still seeing many people struggle with the word ‘privilege.’ As soon as that word comes up, defenses rise. It triggers our insecurities and our pride when it is suggested that white people have inherent advantages just because of the color of our skin. It used to offend me too. I was raised by a single mother on a lower income in a family who struggled with addictions and had a history of abuse and failed marriages. I was well loved, but I would have never considered myself “privileged” and when it was suggested I was, I felt like it discounted the circumstances I had to work through and the choices I had to make to get to where I am in my life. I think many people get to this point in the discussion and it is painful, so that is where the conversation ends.

When I was ready to take another look at the conversation surrounding privilege, I decided to look at it with humility and to truly listen instead of formulating a defense. What I heard wasn’t anger directed toward me personally, but at a culture I have benefited from my whole life without noticing. People of color weren’t angry at me because I was born white; they are angry because they aren’t afforded the same kindnesses and opportunities simply because of the body their soul was born into. A soul that is not any less worthy than yours or mine, but is treated that way because of the color of their skin, which they had absolutely no control over.

I came to understand it like this: even though I’m a white woman who experiences many privileges over people of color, I am still not on the top of the totem pole.

If my husband and I had the exact same work experience and education and applied for the exact same position, he would statistically be paid more than me. When he goes to have mechanic work done, the mechanic doesn’t increase the price because he assumes my husband is ignorant and he doesn’t call him ‘baby’  or ‘honey’ when explaining the work. He doesn’t have to worry about being sexually assaulted if he wanted to go for a run by himself. Those are some privileges he has over me, and I know that none of those he has ever intentionally used to his advantage. But my husband can leverage those privileges to protect and empower me. He can run with me to protect from potential attackers. He could speak up on behalf of his female coworkers if he sees they have a great work ethic or demand equal pay for equal work. He can let other men know with words and by example that speaking to women in a sexist, pandering manner isn’t acceptable. In the same way, it is our responsibility to use our privileges to help even the playing field for others and to amplify the voices of people who are not being heard, despite decades of speaking up. There are things we have had the privilege of not having to consider, and it isn’t something we have to be ashamed of, but we do need to be aware of its existence and that we do benefit from the system.

So what does this have to do with my kids’ plants?

When I saw the first green peeking through the dried out mud in the pot, I thought, “Wow, you really weren’t supposed to make it. Good job!” There was absolutely nothing wrong with the seeds, but the environment wasn’t set up for them to thrive. The dirt was poor quality, the conditions were harsh, and the container was all wrong. A whole pack of sunflowers can’t grow to full potential in a six inch pot. Still, these plants are growing the best they can in the conditions they were born into. Although my kids did their best with their understanding of how flowers grow, if I had shown them how to properly plant the seeds, the flowers could have flourished and my children could have learned how to do it better on their own next time. I wonder how big and beautiful these flowers could be if they were planted with privilege — if they were lovingly planted in Miracle Grow in a garden and tended by an experienced gardener? If they had the same protection that seedlings in a nursery do? Don’t we want all flowers to grow as full and vibrant as they were created to be?

As for my family, we will be more intentional in the way we plant both our flower seeds and our privilege seeds in the future. Imagine how beautiful the world would be if we all were able to bloom together. 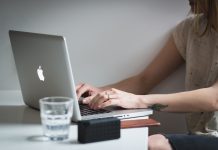 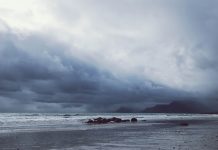 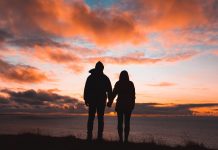