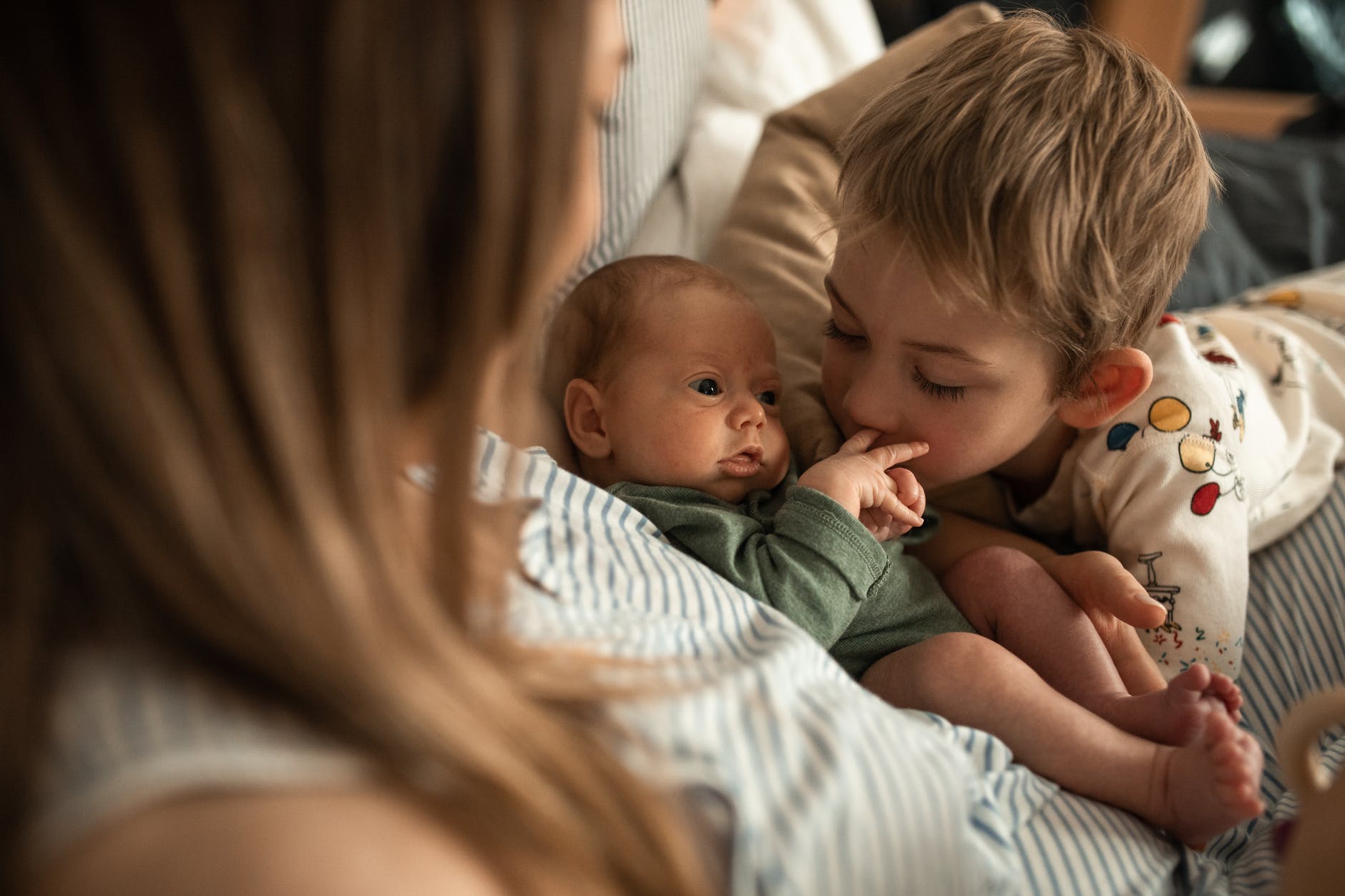 There are countless tips for parents: savor every moment; it won’t be like this for long, you’re going to miss this; sleep when the baby sleeps, then as they get older, wake up before the kids get up to better prepare for the day…but nobody mentions morning mayhem? Why doesn’t anyone share with you how wild some, no most, mornings are?

When you only get a couple of consecutive hours of sleep at night and you can barely keep up with the day as it is, preparation for the next day seems nearly impossible. I am a wife, a mom and I work full-time. My husband leaves 45 minutes before we do each day. I am responsible for getting everyone dressed. At nine- and (almost) eight-years-old, the Bigs (what we call the older two) basically dress themselves, but I still give friendly reminders to brush their teeth. Truthfully, our mornings are not so crazy because of everything we need to do before we walk out the door, but more so because the Littles (what we call the younger two) who are three- and two-years-old, hinder any progression. Waters for preschool prepared the night before — they’ll pour them out. Snacks/lunches prepped — they’ll feed them to the dogs. Clothes picked out — they will change them. They are relentless. Believe it or not, our house was clean yesterday, I mean really clean. All it took was a few minutes this morning — as we are all getting dressed, the toddler-nado to hit.

It sometimes seems like the toddler phase is the toughest phase at times.

Before kids, it was a mystery to me why some parents would get ready in the parking lot, but four kids deep, I get it. The struggle of getting my two-year-old to wear pants and to keep his shoes on…then I have this three-year-old who is very particular about her hairstyle, with a preference that changes every 15 minutes. Some mornings, it’s easier to put on the shoes and brush the hair once we get to preschool. I see some parents arriving, with everyone put together and ready to conquer the day, and I am over here pleading with my daughter to wear the boots she picked out because we don’t have her pink shoes in the car at the moment. Cue the meltdown.

Let me set the scene of one particular day that replays in my head.

No one could have ever prepared me for what was going to unfold, and before 8:30am at that! Every morning, once everyone is loaded in the car, we sing a little jingle about how it’s going to be a great day and say the Lord’s Prayer before drop-off. We had a really great morning at the house. We left on time, the bickering was at a minimum, everyone was in a good mood. I even remember hearing a few giggles. The Bigs were so excited about the game day they had earned at school. We dropped off the Bigs and headed to the preschool.

This was when we started down the slippery slope.

My daughter got upset as we pulled away because she thought one of her brothers did not wave, although he did. As we pulled into the preschool parking lot and creeped through the heavy traffic to secure a parking spot, my independent, strong-willed daughter told me she wanted to help carry in the box of Christmas items I had prepared the night before for the teachers. I gently agreed she could carry them to the classroom, and that I would give them to her once we were inside. My answer was not what she wanted to hear and caused an instant melt down. At this point, I was standing halfway between my van and the front door of their preschool, carrying my two-year-old, two hats, two coats, a book, two small Yetis of water and a large box of various items (diapers, Christmas goodies, etc.). I carried everything to the lobby and sat it down, including my two-year-old, which caused him to become upset. When I walked back outside to get the three-year-old, she bolted down the sidewalk, screaming. Her blonde tangled hair was flying in the wind as she ran. You have no idea how badly I wanted to give up and let her do as she wanted, but I resisted.

As she was kicking, screaming, pulling my hair, pinching the back of my arm, I carried her into the preschool and down the hall. I tried carrying the two-year-old too, but despite my best efforts, I ultimately failed. Two arms can only carry so much. Once I got the three-year-old to her class, I turned to see the two-year-old standing at the other end of the hall, crying. Parents were walking around him. I walked down to pick him up, which helped him to stop crying. What is normally a 10-minute drop off, took close to 30 minutes that day. By the time they were situated in their classrooms, and I had finally left, I was drained. Physically. Mentally. Emotionally. I felt defeated. At this moment, as I waved to my daughter like we always do every. single. morning., I watched her ignore my wave for the first time and tears began to fall as I pulled out of the parking lot. I wondered if I made the right decision. Was it even worth it? Should I have just let her carry the stuff? Then again, if I would have waved my white flag and surrendered to her meltdown, giving her what she wanted, what would I have been teaching my daughter? It was a hard decision. I received a text from her teacher not long after telling me that she was doing great and in a better mood.

While I was pleased to know she was having a better morning, my mama-heart could not help but hurt and feel like a failure.

Not long after dropping off the Littles, I received a message from my third grader’s teacher about a project that was past due. A project? That is when I learned he had a book report project assigned mid-November that was due the day before. If he turned it in the next day, the highest he could receive was an 80, and ten points would be deducted every day it is late. I sat back down in the van and recapped my morning. Parenting is hard. That is when I made one of the hardest decisions I have made so far as a parent. I responded to his teacher by saying, “With him failing to complete his work he should not be allowed to participate in today’s activities, he should have to work on his assignment.”

I started the van and drove to the school to pick him up. My heart was in knots. He was beyond excited about game day. I could not believe I was pulling him from all the fun. My eyes were red and puffy from crying, and my voice was shaking as I told the office staff that I needed to pick him up. I watched my precious nine-year-old, the one full of curiosity, the leader of the pack, walk down the hall. As he got closer, I could see it on his face. He was disappointed. This was not typical for him — forgetting assignments was not normal. He loves school and works hard. He told me he forgot, so we discussed ways to help us remember due dates and assignments. I thought he may just submit a drawing, since it would be easy and quick, however he followed through with creating something bigger by using an old Amazon box, a small tree we had cut on our hike a few days before and his imagination. Thankfully, he had already read the book. After a long two hours, he returned to school with his project in hand. To my surprise, he was not mad at me and has treated me with more respect after that day. He ended up making a 90, which was the highest grade he could have received with it being a day late.

I often think about that day. At the moment, it was a “when it rains it pours” situation, but when I reflect on the day, I am reminded that we are growing together and I am learning daily that each phase has its own struggles. As I watched my oldest walk back into school, I thought about when he was the littles’ age. Seven years ago, he was that two-year-old, standing in the middle of the hallway crying if I did not hold him. And now, here he was, taking responsibility for his actions carrying his late assignment in to present to the class. The days were so long, but all I had to do was blink for the years to fly by.

Perhaps nobody told me about morning mayhem because it will one day be a thing of the past (I think it might be included in some of the things I may miss one day). That crazy morning serves as a great reminder of something I would like to share with you: may we never forget the right parenting decisions are sometimes the hardest ones to make. Before we know it, we will be in a new phase with new challenges. The morning mayhem will not last forever. 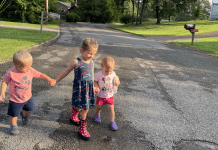 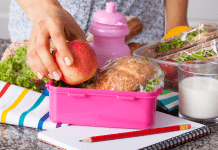