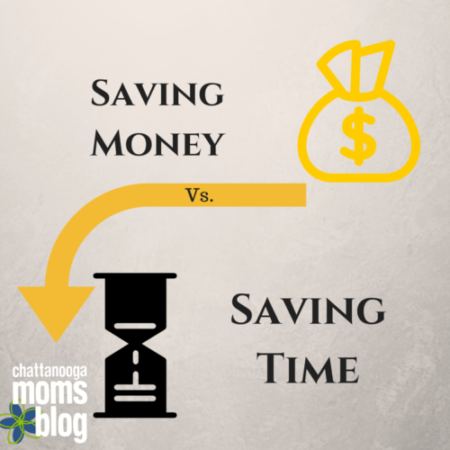 As a semi-only child (one brother seven years older) with parents too wise/lazy to over schedule my childhood with activities, I’m someone who likes having free time. The way I spend that free time is usually completely worthless (once I spent two hours picking the knots out of some yarn that I never actually used again), but not unlike health insurance and the size 2 jeans I can no longer wear,  I like knowing it’s there.

My beloved free time has, of course, exponentially decreased since having children. The hours upon hours I used to spend doing anything or nothing have morphed into a very slight chunk of time when both my kids are sleeping and I don’t absolutely have to be doing something else. Obviously, the very last thing I want to be doing during this precious time is figuring out ways to save money, which somehow leaves me both mind-numbingly bored and anxiously terrified all at the same time.

Now, I do love saving money. There’s nothing better than getting an incredible deal on something, like when jeans are marked down 60% or when Publix rings up my contact solution as the wrong price and they have to give it to me for free. I live for those moments. I just want them to fall in my lap and do literally nothing to make them happen.

We live about a three minute drive from Publix, which opened a week after my second child’s birth and was hands-down the greatest thing to happen to me that year. Now, Publix is apparently known as a ‘pricey’ grocery store and I’m often told by seemingly every person who exists that I’d save a lot if I just went to Walmart/Costco/Aldi/Sam’s/Dollar General/this guy’s van in a Wendy’s parking lot/some combination of all of the above. Don’t get me wrong, all of these suggestions are fine establishments, but none of them offer me the ability to do a week’s worth of shopping and be back home in less than an hour. Also, Publix shuts my kids up with free cookies, which is surely worth all the riches in the land.

Publix is also well-known for its weekly ‘buy one, get one free’ specials, which is perfect for me because another thing I can’t bother to do is couponing. If a deal isn’t literally punching me in the face, I can’t see it. I often see those Facebook stories like ‘Woman Saves $74 Million with Coupons’ and I think, ‘I’m in!’. But the coupons are always for stuff like cat litter and we don’t even have a cat and I don’t actually want any of the stuff the coupons are selling and I just want to get what I want to get and shut up, coupons, you’re not my dad, you can’t tell me what to buy! The amount of time I’ve wasted on this exact cycle of events is ridiculous and shameful, so I’ve just stopped kicking that coupon hornet’s nest.

Another money saving scheme it seems everyone but me loves, is searching for used baby and kid clothing and accessories. Now I have finally, after four years of motherhood, started to go to some consignment sales, but my fear of crowds and waiting in line means I can only go after the initial rush, when all that is left are Elmo t-shirts and Garanimals shorts, which I could probably already get for the price they’re consigning at anyway. I joined several of those Facebook resale groups, but the time it took to weed through the various posts for things I didn’t need really stressed me out, so away they went. If we really need something, I just say forget it and go to Old Navy, which coincidentally wouldn’t be a bad slogan for them. Old Navy, feel free to contact me if you need any more zingers like that.

Recently, I wanted to buy each of my boys a pair of Keens for the spring/summer, but they’re pretty expensive and I thought, ‘I’ll get some used ones, like a normal person!’ Several Craigslist/online consignment searches and three lost eBay auctions later, I gave up, turned to my platonic life mate, Amazon Prime, and bought some brand new Keens that are a cross between a Keen and a Croc, 40% cheaper than real Keens and about 27% dumber looking than both. You’re welcome, sons!

I am lucky that, at the moment, I’m not absolutely forced to sacrifice my crippling laziness for thriftiness. That will probably change if/when we have more children and those children start eating entire lasagnas in one sitting or whatever stupid stuff teenage boys do. For now I just don’t have that thrill-of-the-chase, eye-of-the-tiger mentality that pushes some people to search for the perfect thing at the perfect price. I’d rather just get whatever stuff they have at Old Navy (seriously, Old Navy, call me immediately, I’m on a roll), find something at a decent price with two day shipping from Amazon or spend a couple extra dollars on chicken for the pleasure of having a Publix employee take my groceries to my car.

Everyone thrives on different things. So, if like in my friend Elizabeth’s post from yesterday, you love saving money by pretty much any and all means necessary, that’s fantastic. If you’re like me and you like to save money but you REALLY like spending your kids’ nap time watching ‘A League of Their Own’ for the 123rd time instead, that’s cool too. Literally the only thing I remember from Econ 101 in college is that money and time both have value; it’s up to the individual to decide how much.

So, value what you value, like what you like, and don’t let anyone make you feel bad about it. Unless you like the band Nickelback, in which case never read anything I write again. You should be shunned from civilized society. 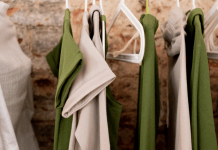 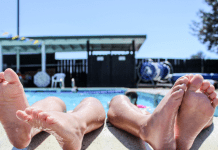 The Importance of Family Vacations 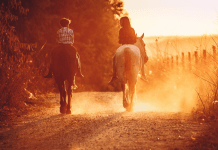