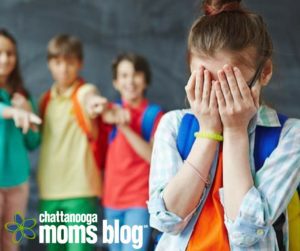 The past week has had me thinking about bullies a lot…and sadly not because I just watched Rudolph the Red-Nosed Reindeer, although that program serves as a case study in bullying and toxic masculinity. From the moment Rudolph comes into the world, even his own father expresses shame over the fact that he looks different. No one ever tries to teach Rudolph the value of self-acceptance or to take pride in himself, or encourages him to explore his gifts. Rather, his own parents encourage him to disguise his nose and pretend to be someone other than his true self. Even Santa comes across as a bully in this story by telling Donner he hopes Rudolph outgrows his shiny nose so that he can one day be a part of the sleigh team. No one even seems to love Rudolph unconditionally or care about what he’s capable of…they only look at his appearance which doesn’t measure up to their jock reindeer aesthetic. And let’s not even get started on elf culture and the ostracizing of poor Hermey, who just wants to follow his calling as a dentist. Geez.

No…sadly, I’m thinking about bullying because it is happening in my younger son’s school.

And it’s not limited to just the middle school, where statistically bullying is most likely to occur. Unfortunately, I have heard from parents of elementary students that bullies have targeted their children. In fact, it has happened in my own son’s class with both girls and boys actively participating. I nearly canceled my son’s birthday party because his best friend was the target of much of the bullying and his parents weren’t sure if they should let him attend a party where his tormentors might show up. Even before that, my sweet boy came home in tears ready to cancel it himself or rescind the invitation of friends who had joined in the teasing. It was a heart-wrenching week that culminated in the principal of our school talking to my son’s entire grade about their behavior. Still, I worry…some of these kids just seem hard-wired to be mean.

Intellectually I know that bullies aren’t born, they’re made. It’s just that seeing kids who are so intent on making others feel badly, who show no remorse or sense that they’ve done something wrong, feels as if it can’t be fixed.

These kids frequently come from homes where they are neglected or suffer themselves, at the hands of a bullying and abusive parent. A subset of bullies comes from homes where parents mask their own feelings of low self-esteem and inferiority by putting down others. Children learn to mimic this behavior to make themselves feel good.

Indirect bullying takes the form of gossip and one-upmanship. A girl might whisper to a conspirator about what another child wears, their weight, haircut, or who they talked with at lunch. As they snicker behind the victim’s back, a little bit of that child’s self-esteem disappears. This type of bully frequently brags about herself, dropping comments about her expensive name brand clothes and accessories, where her family went on vacation, or about what her parents do for a living. Conversely, she makes snide remarks about the inferior status of other kids, sometimes behind their backs, but frequently they make these comments directly to a child hoping to make themselves feel better (superior) by making someone else feel badly about themselves.

As an example, when I was a sophomore in high school, members of the teen choir at the church I had attended my whole life surrounded me in the choir room when all the adults left the room and berated me for having a gay friend. They pushed me, called me names, told me I deserved to go to hell, and once the choir director returned to the room, one girl put chewing gum in my seat as I sat down, ruining my favorite jeans. Perfect examples of direct bullying. In the case of my son’s class, examples have included kicking, punching, and shoving children, excluding children from playing games at recess (just like Rudolph being excluded by Comet – an adult – from the reindeer games), trying to tell other kids who they can be friends with at the risk of exclusion, spreading rumors, and calling children names. Most of the bullying in this class comes from a few bullies, some teaming up to intimidate the other children.

Sadly, another subset of kids, although not bullies, side with the bullies out of fear they will be targeted. Even though these kids aren’t pre-programmed to bully and come from good parents who would be appalled at the behavior, they go along…laughing at rude comments or joining in the name calling or spreading of rumors.

They turn their backs on physical assaults or direct verbal attacks, fearful they will become victims if they intervene. Even my own son who was in tears because his friend was being bullied told me he didn’t confront his friends who were in this category of “just going along to get along,” because he was afraid the bully would then start to pick on him. It broke my heart because we’ve talked so much about standing up for your friends, but at the same time, I get it.

As the victim of bullying from the time I was in first grade until I graduated high school, I know how hard it is to stand up for yourself, much less someone else. And I have to say, “stand up for yourself” feels like the worst advice my mother ever gave me. What she should have told me, and what I hope you will tell your child if they come to you and say they have a bully, is to go tell a teacher, principal, group leader or another adult who can help. I never did that partly because the kids who bullied me were from wealthy, connected families and I didn’t believe anything would change and partly because I thought I could fix it myself. When I couldn’t fix it, I carried my shame and let the comments and actions of the bullies eat away at my self-worth. Eventually, I found my tribe of misfit toys and realized I was okay, but I still carry emotional scars from the experience of being bullied. Bullying takes a serious, long-term toll on its victims that sadly, for many, ends in suicide or PTSD.

Don’t expect your child to tell you if he or she is being bullied. Statistically, fewer than 40% of kids who are bullied ever tell an adult.

Here are some signs to look for if you suspect your child is being bullied:

If you think your child is being bullied, start by listening without judgment. Never ask your child what he or she did to provoke bullying behavior by another child. Do talk to your child’s teacher, the school principal, bus driver, or leader of the organization where the bullying occurs to make them aware of the situation so they can keep an eye out for bullying and correct the situation and, if possible, to keep the bully away from your child. And because sometimes it’s difficult for kids to talk to parents, help your child identify another adult to whom they can turn for help when they are being bullied.

If you want to learn more, here are some terrific resources for parents and teachers to address the topic of bullying:

Finally, the most important thing a parent can do is to really listen to your child when they express fear, sadness, or loneliness related to being bullied and to reassure them they are unconditionally loved, valued, and perfectly created just as they are. If your child does express thoughts of suicide or self-harm, please take these comments seriously and contact a mental health professional immediately.