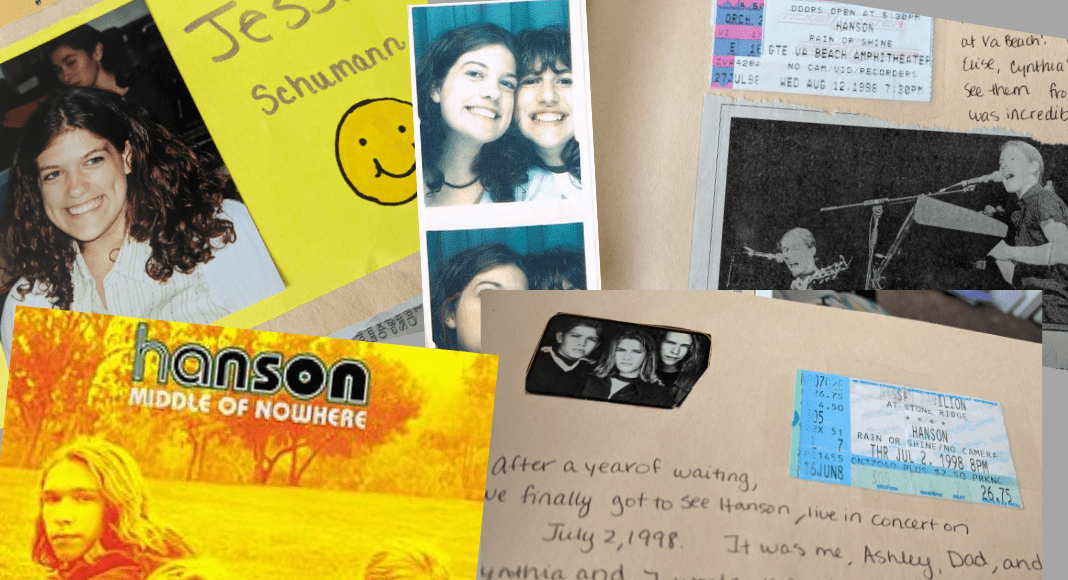 There was a time when I was 16, maybe 17, that some days I really did think I was going to marry Taylor Hanson.

Given that it’s what I thought about the majority of the time, it makes sense that fantasy and reality started to merge in my teenage brain. I spent a large percentage of the time when I wasn’t at school or church listening to Hanson’s music; recording their performances on VHS tapes from my TV; watching the VHS of Tulsa, Tokyo, and the Middle of Nowhere; reading high quality magazines like Teen BOP; and writing Hanson fanfiction.

Not to mention the message boards formed with a group of other Hanson fans, where one time we were convinced that Hanson was posting as well. (Shockingly, after some looks at IP addresses, we found that it was one of the other members just playing with our heads. There was a riot on the message board.)

I was a grounded, intelligent kid. I got all As and Bs at a high performing magnet high school. My parents were (and are) still married, I wasn’t a rebel, I was your everyday good little Southern Baptist church girl. 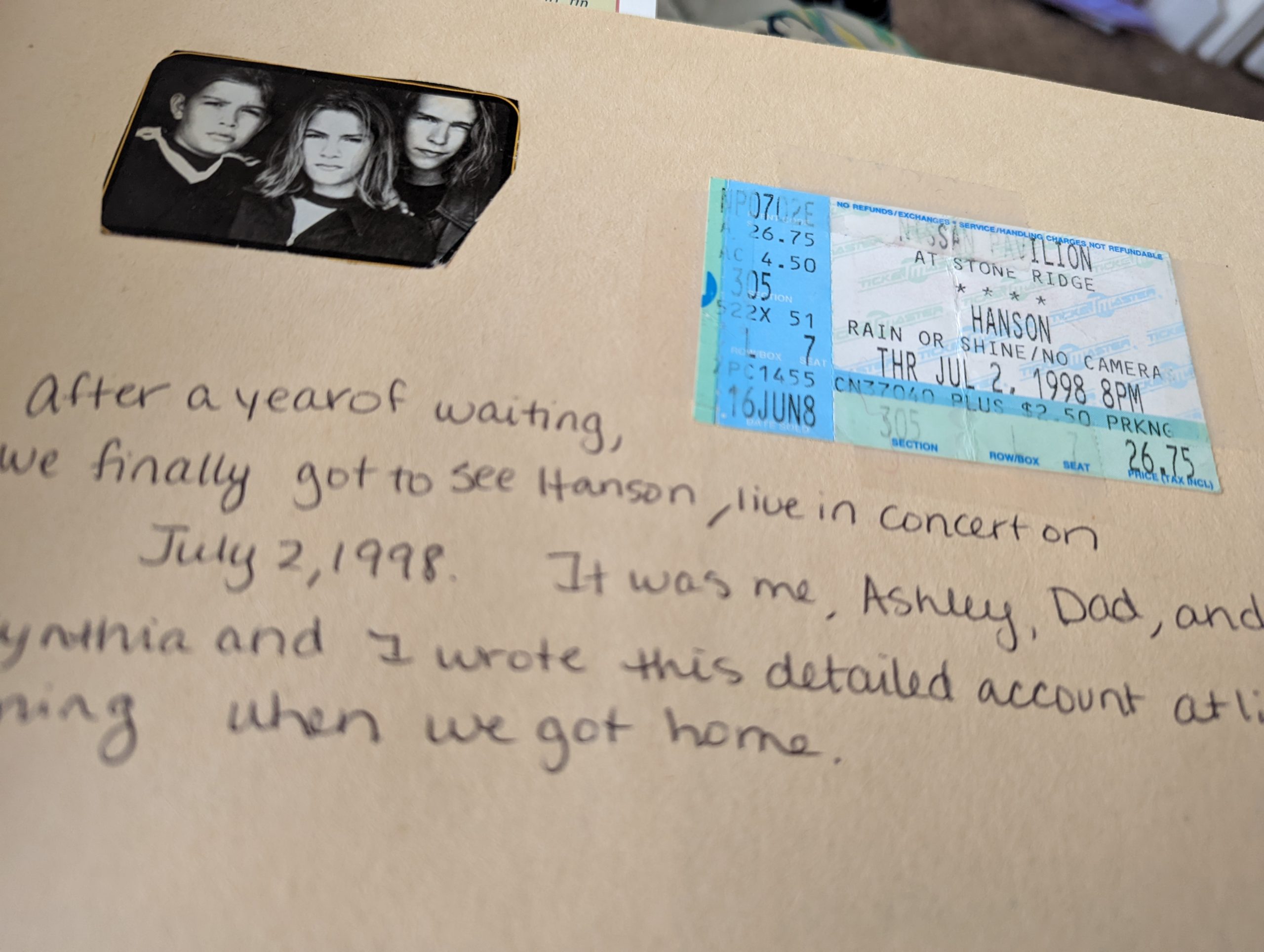 And I had my alternate life as a Giant Hanson Fan.

I wasn’t completely embarrassed of my obsession, even though I didn’t go out of my way to share it with friends at school. Hanson fans were not nearly as acceptable as, say, NSYNC or Backstreet Boys ones (oh, and I was that too, just not quite as rabidly). After all, had you heard MMMBop? Seen the video? Seen the long hair on those boys?

Of course, I had my defenses when anyone did object to my Hanson love. Unlike all the “boys bands,” Hanson wasn’t manufactured. They played instruments and wrote their own songs. Had this person heard a song that wasn’t MMMBop, which was, in my opinion, probably the worst song on Middle of Nowhere? Their song “A Minute Without You” was the music of my very soul — the teen girl whose crush would never think of her in that way.

I still look back on those years with a lot of gentleness for Young Jessie. In a way, Hanson saved me.

It gave my sister and me something to bond over. Hanson’s music was mostly happy, void of cursing and drugs, and the only thing my parents could complain about was their long hair. Hanson gave me my first online community, long before the days of Facebook, which was mostly a positive experience. I still keep in touch with a few of the women whom I met online at age 15!

Some of my happiest teenage memories are because of the Hanson love I shared with my two best friends, my sister, and a group of girls online.

As my kids hit teenager-land, I worry about them a lot.

My current teen doesn’t care about anything but musical theater. She lives and breathes Broadway, sometimes to the point that it scares me a little. When my preteen isn’t focused on Minecraft, he’s obsessing over guitars and Rubik’s cubes.

“Seriously, people!” I want to yell sometimes. “Let’s think about something that matters! Do your homework! Read your Bible! Talk to your sibling!”

And then I think back on my own teen years and have to stop. I think I turned out pretty OK, despite having Hanson in my Disc-man headphones instead of Point of Grace and DC Talk. I have the ability to separate fantasy from reality, even though I have a vivid imagination. I have friends, a family, and a fairly functional adult life.

So I’m going to let them have their obsessions. Because I sure had mine.