Many of you reading this are probably just like me: moms in your early to mid-30s who are done having children. During my twenties, I pretty much saw two doctors: my pediatrician and my OB/GYN. My beloved pediatrician saw me all through college until I got married. Six months after I got married, I became pregnant with my first child, so I started seeing my OB then. After that, I felt like I was pregnant or nursing until I hit 30, so my OB saw me very regularly and treated the odd thing here and there while I was pregnant. I felt like she was the only medical provider I needed at the time, but I soon found out when I was done having children that I couldn’t run to her for every medical need I had, no matter how badly I wanted to do so.

Enter “Finding a Doctor for the In Between Times.”

I wasn’t old enough to have an established “adult” doctor quite yet, but I was too old to keep running to wherever was open when I needed treatment. Being a teacher, I found myself sick with the flu or strep throat every winter. I would run to the Minute Clinic and get treated, and while that was fine, I was finding that I needed more routine things checked/treated and some form of records to follow me as I got older. Around this time, I came down with mono and a medical clinic had just opened its doors directly across the street from the school where I teach. They’re staffed with some fantastic nurse practitioners, so my care there was top notch while I was so sick. I was there an insane amount of times during my bout with mono, so that pretty quickly established me as a patient with them.

I never thought much about using them as my primary care physician, but as I traveled the roads of my early 30s, I quickly realized that there were things I needed to be seen for when I was perfectly healthy, not just when I was sick. I went last February for a fairly routine visit, and once she established me on some medicine I needed to take daily, she officially became my go-to health provider. I also realized that she could treat pretty much anything I needed, so I didn’t really need to find other doctors who specialize in certain things. If I had a specific problem, my nurse practitioner would do the referrals for me if it was out of her realm. As much as I love my OB, it was easier to make a quick appointment right across the street from work and five minutes down the road from my house. We all know OBs are pulled in several different directions due to delivering babies, so it was nice to know I wouldn’t have to reschedule an appointment due to an unexpected delivery.

I know many of us think that we can only do a women’s yearly checkup with an OBGYN, but a family care doctor or NP can do those as well! For the first time since I started having a yearly physical, I didn’t use my OB this year. I scheduled mine with my nurse practitioner and she did everything my OB would have done. I had a full physical examination plus all the blood work that a 34-year-old woman needs. When a few things came up low in my blood work, she treated me for those issues as well.

My husband was at the point where he needed a regular healthcare provider as well, so he’s now using her, too! He also loves the ease of appointments, locations, and knocking everything out with one visit. It’s nice to know that if we have a random sinus infection, need a Covid test, or have a more concerning issue, we can have it taken care of at the same place with the same provider.

Maybe you reached this level of “adulting” way before I did, but if you haven’t made the transition from a baby doctor to a family doctor yet, there’s no time like the present! We always make sure our children are in the best hands when it comes to their health, so we need to make that a priority for ourselves as well.

I Know You’re Tired, But Momma, Go Wash Your Face 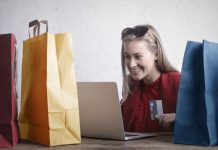 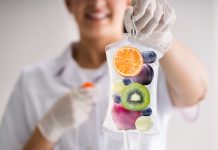