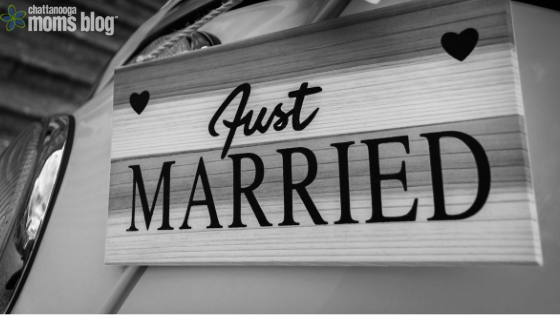 My husband and I are getting ready to celebrate our tenth wedding anniversary next month. Want to know something crazy? We’re only 32 and 33-years-old. In a world where people in their twenties are focusing more on careers, higher education, traveling, and getting a step ahead in life, getting married young seems to be an exception instead of the rule these days. Many millennials are getting married in their early to mid 30s now, and while tying the knot in your early twenties now may seem taboo and a social faux pas, that’s not necessarily the case. Many assume that getting married later in life will lead to a more stable marriage, and while that may be true for some, you can’t discount getting married before you hit your mid-twenties. I was 22 and my husband was 23 when we got married. Yes, I realize we were babies. Looking back, I see just how young and immature we were.

I wouldn’t change a thing though and I know so many others who married young that would say the same thing. 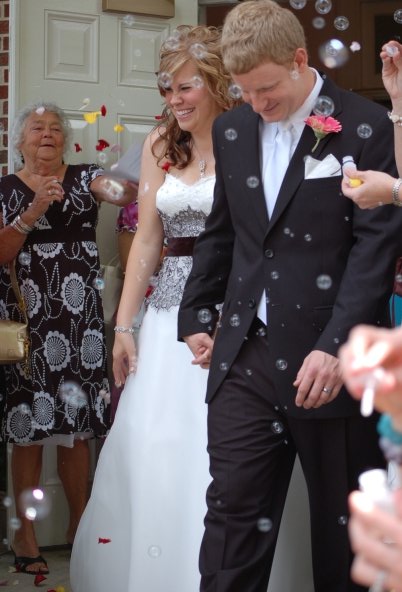 My husband is my best friend. Most college students spend their free time living it up with their besties, and he was the person with whom I spent all of my time. I was with him through the beginning of his career and he was with me through my last years of college. We didn’t have late nights of partying with our sorority sisters and fraternity brothers; we had nights of dinner and movies at home. We shared everything with each other during a crucial stage of life, and in turn, that molded a deeper friendship than I share with any of my girlfriends. While it can be a bit annoying at times, he knows me better than anyone. Oftentimes couples getting married a little later in life already have a very tight knit circle of friends, and it can be hard to share that space with your spouse.

We grew up together.

We were a couple of kids when we walked down the aisle, and for better or worse, we grew into adulthood together. Since I attended a local university, I had never lived on my own. I lived with my parents until our wedding day, so it was a bit of a shock to move in with someone else. He had lived on his own for a bit before our wedding, so at least one of us kind of knew what we were doing when we started playing house. We have both changed and evolved SO much in the last 10 years, but we did it together, and didn’t push each other away or turn to people outside our home in the process. For that, I’m proud.

We figured out the real world together.

Insurance premiums, rent, car payments, bills, student loans, paying for groceries, and the ins and outs of health insurance really baptize you into the fire of the adult world. Since we were so young and unestablished, we got to learn the ropes together. Having his help to navigate these murky waters was invaluable. I had someone to fight in my corner when I needed it. I had someone to pick up the slack when I was tired of trying. I had someone to lead the way when I had no clue what I was doing. Two heads were definitely better than one in this case, even if we were learning together.

We didn’t have years of living on our own and individual lives to hash out when we got married. We didn’t have fixed, daily routines that we refused to change. We didn’t have weekly commitments we had push to the side for the sake of our new spouse. We came into this marriage young and inexperienced…we didn’t have time to figure out what our “ways” were, much less get stuck in them. We set up new routines, rituals, and traditions together. Now that we’ve been married for 10 years, the traditions we’ve established in our little family are some of the things I treasure the most.

We came into our marriage as equals.

My husband had just graduated college and started working full time, and I was finishing up my teaching degree. We didn’t have a dime to our name, so there was no question of how to merge or separate our bank accounts. We didn’t own two houses, so we didn’t have to decide which to keep and sell. One didn’t feel superior to the other due to salary discrepancies. We weren’t so laser focused on our careers that we let those get in the way of building our life together. A lot can be said for coming into your marriage with an established job and all the comfort it provides, but a lot can be said for coming into it with nothing. We didn’t have much more than love for each other to get us started in life, and it’s built a pretty strong foundation…not a thriving bank account.

Our marriage hasn’t been daisies and roses the whole time, but nobody’s is, no matter what age they wed. While other people our age are just heading down the aisle, we’re already celebrating a decade of being married to one another. While many may be critics of getting married at such an inexperienced time of life, I think it’s a beautiful thing to find love at such a young age.

We will quite literally have a lifetime together and there’s something to be said for spending it with someone you love. 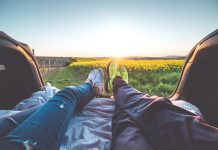 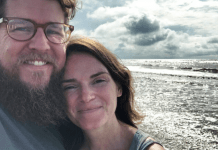