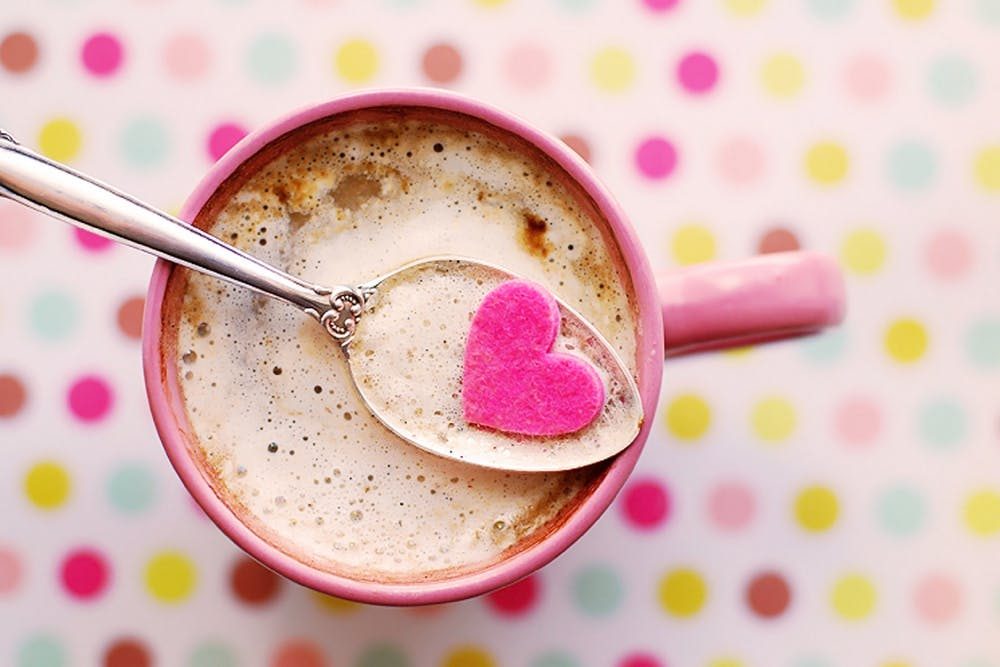 Valentine’s Day is almost upon us! I’m sure you will soon see your social media feeds jam-packed with sickeningly sweet captions on couple selfies, elaborate bouquets, and occasionally, Bitter Betty will chime in to lament the day. I find myself feeling caught in the middle of those two camps, and I have arrived at a place where I am satisfied living in the in-between.

My husband and I have been together almost 13 years, married for ten of those years. At the beginning of our relationship, I really put a lot of emotional energy into Valentine’s Day. I over-imagined what the day would be like because I expected it to be some magical, sexy day like the movies play it out to be.

Reality set in quickly because our first married Valentine’s Day, we had a six-day-old baby!

I shoved my simultaneously deflating and engorged body in the best fitting dress I had and wore red high heels even though I was still waddling a little from the aftermath of birth. Adam carried the car seat in one hand and held my hand with the other. We went out to eat Italian food and I clumsily breastfed my squishy little one in public for the first time. I think we were both nervous about it. He helped me adjust my nursing cover and cut up my pasta so I could eat before it got cold. He changed a poopy diaper in the middle of our meal so I didn’t have to. In that moment, I realized that maybe the idea I had of romance before was immature and instead, there was something completely different but more intimate to be discovered.

The next Valentine’s Day was spent in the children’s emergency room with our new one-year-old who had a 104F fever. We took turns rocking and patting, and by the time we were discharged, we were both covered in baby snot and sticky grape popsicle goo. We spent that night in bed with a sleeping baby snoring between us. We touched feet and said, “Maybe next year.”

Valentine’s Day in years since have been different types of the same: romantic efforts touched by the responsibility of parenthood. We do the things we’re “supposed” to do, but it would mean more to me on a random day of the week when there isn’t a feeling of obligation. If you were to judge our marriage based on how we celebrate what is supposed to be the most romantic day of the year, you wouldn’t have a very accurate depiction of our relationship. You would miss out on all the moments that a lot of people wouldn’t think twice about but mean the most to me.

I love when Adam buys me flowers, especially red roses and white lilies. I love surprise dinner dates and unexpected sweet texts in the morning. I even really like flirtatious cards and corny stuffed animals, and those chocolates that come in the heart-shaped box (actually, only the caramel ones). Do you know what is more meaningful and romantic to me than all of that? I love when Adam lays out an oversized t-shirt and some of his pajama pants for me when I get out of the shower (even though I look like a hobo). I love when he crawls around the bedroom floor to find my missing left shoe under the bed. I love how he wakes up early to get gas for me so I don’t have to stop during the morning chaos. I love the way he rubs my stinky feet without complaint when we are binge watching Netflix, even when he is the one who has been on his feet all day. I love slow dancing in the kitchen while the chicken nuggets are cooking. I love the way he looks at me and smiles when one of the kids does something sweet. I love that in all my shapes and sizes, and moods over the last 13 years, he never has once made me feel unlovable, even when I didn’t love myself.

We have decided to stop trying to make Valentine’s Day a big deal in our house, at least for now. There are Valentine mailboxes to make, parties to attend, and anywhere between one and four little people who will come banging on the door the second I attempt to shave my legs. (What’s even worse is when you spend the time to really shave your legs and it is all for nothing 😂.) The pressure of having a perfectly romantic day seems to steal some of the joy, and isn’t that defeating the purpose?

So over the next few days if you find yourself looking at Instagram stories of surprise scavenger hunts, engagements, and all the other grand gestures, remember what makes your heart swoon. It doesn’t have to be something that anyone else understands; all that matters is that it is yours. Those little moments of magic in the middle of the chaos matter, whether they’re social media worthy or not.

Consider this your permission to let go of what your Valentine’s Day is “supposed” to look like, and celebrate it for what it actually is in this season of motherhood: perfectly imperfect. 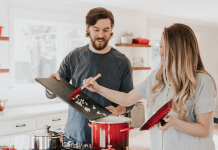 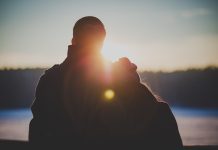