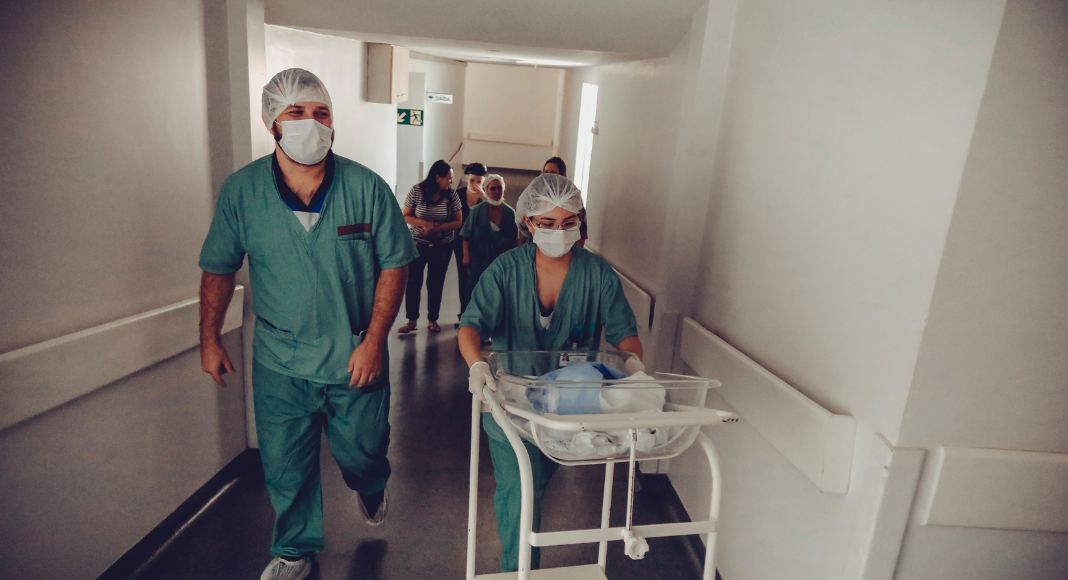 I am a NICU mom, member of a club I never imagined myself being a part of. Last year, I had our third baby and everything was blissful for about 30 minutes. I was soaking in the wonder of welcoming another child that I had been longing to meet. While the nurse was checking his vitals, she suddenly grabbed my son from me and he was whisked away to the NICU in a matter of moments.

My son was otherwise perfectly healthy, but the nurse discovered a rare but serious complication that can happen at birth. While I’m so thankful for her diligent care in catching it, I was also heartbroken that my baby was not in my arms where he should have been.

In that moment, I entered one of the hardest weeks of my life.

The NICU is like a whole world of its own. The lighting is dim and the incessant loud beeping causes you to be continuously on edge in a way I can’t quite describe. After they brought me to the recovery room, I was told that I would not be able to hold my baby because of the particular cords and monitors he was hooked up to. This was probably more heart-shattering than anything else. I have nursed all of my children and planned on nursing my son as well, so holding him was critical for establishing breastfeeding.

Like any mother would, all I could think about was getting to the NICU to scoop him up in my arms.

After much discussion with my son’s doctor, they finally agreed to carefully allow me to hold him every three hours for 30 minutes. I would sit in a chair next to him counting down the minutes. It’s excruciating to watch your newborn cry and not be able to pick him up to comfort him and to be timed on when you can hold your own baby. However, I was able to hold his hand and talk and sing to him. I made a playlist of songs that they allowed me to play quietly in our little area. There was one particular song I played over and over. My faith really held me together during this time.

The babies are in extremely close proximity to one another. During our time in the NICU, I watched a mother and father have their photos taken with their baby for the last time as they said goodbye to their child. I watched another mother rush in as they were taking her baby for emergency open heart surgery. While I certainly kept to myself and didn’t want to impose on any other family’s hardships or dark moments, I found myself making eye contact with several of the other mothers in there.

With our eyes only we would communicate our weariness, sympathy and hope for one another.

After realizing that we were going to be at the hospital for longer than we had originally thought, I was desperate for a few hours of sleep. Because it was during Covid, there were many rules and stipulations, one of the worst being that the rooms that normally allow mothers to get some sleep while still being close to their baby, were closed. So after three days of taking a few short cat naps in a very uncomfortable hallway chair, I needed some real rest. This meant that in order to sleep, I had to drive back and forth to my house. The thought of getting in my car to go home without my baby was distressing to say the least.

There was one particular nurse I especially connected with. Just as I was saying goodbye to my son after being by his side for three days straight, this nurse pulled out her phone. She showed me that she had downloaded the exact song I had been playing on repeat to her Spotify playlist. She assured me she would play it for him while I wasn’t there. This small gesture moved me to tears. 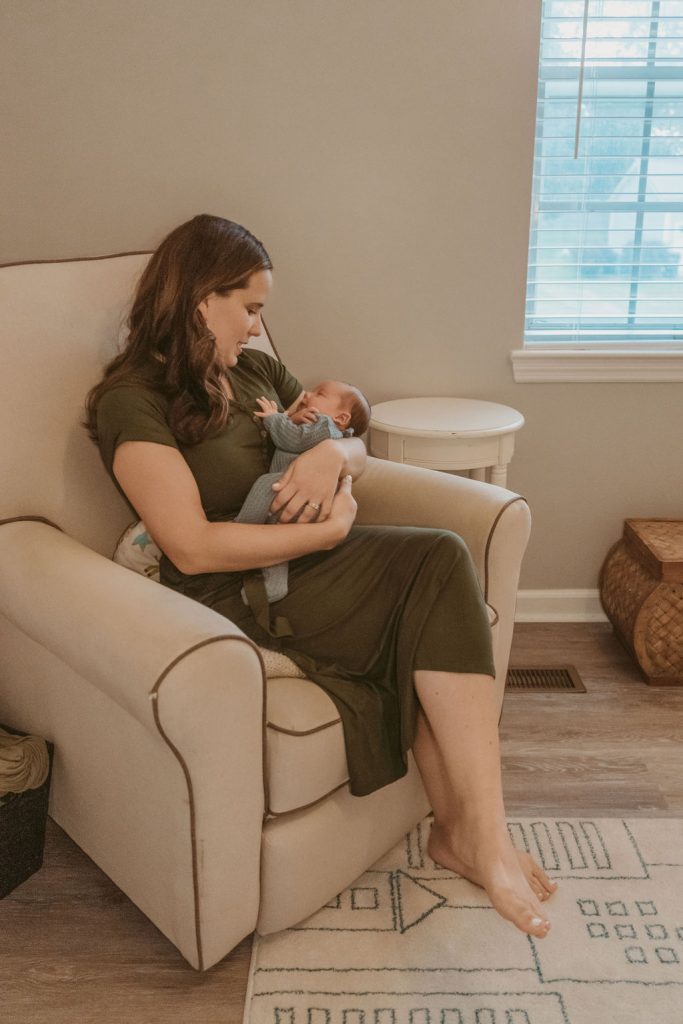 After six long days, we were able to bring our baby home.

Part of me will probably always grieve how those first few hours and days went. I still think often of the families I met during our stay there. My heart goes out to each one of them and I hope and pray they are doing well today.

I have never been more thankful for our community. We were incredibly blessed with so many who reached out, brought us meals, prayed for us, and thought of my older children. People who sent us gift cards, coffee, and much more. And I’m so thankful for my husband. Although we couldn’t be there together with our baby due to Covid, he cared for our older kids at home while trying to stay positive and support me over the phone. He didn’t get to hold our baby until our son was three days old because he knew how much I needed to hold him when I was allowed. 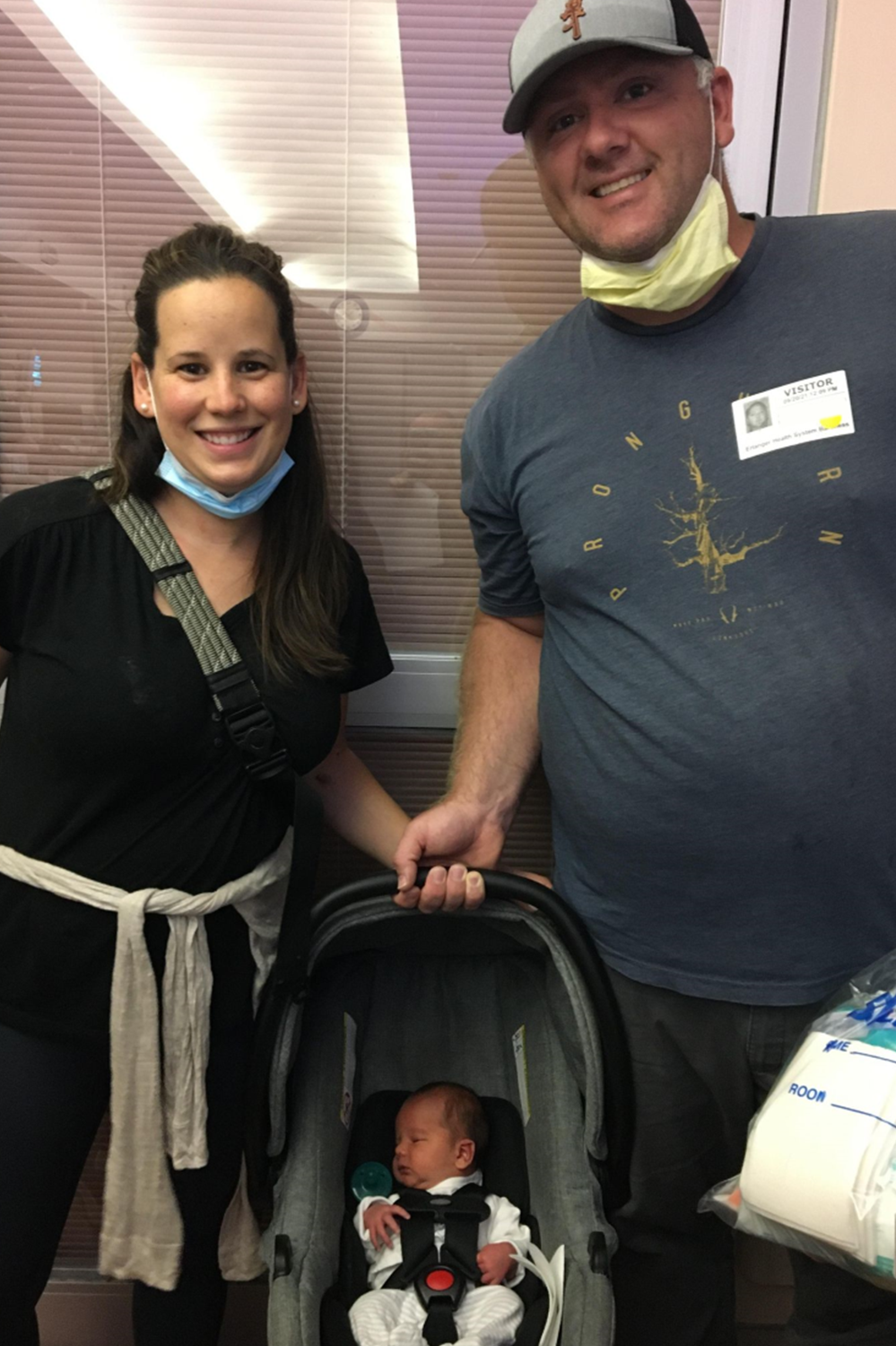 Although this is never how I would have wished my child’s first week of life to have gone, I choose to focus on being grateful that he is healthy and all of that is now behind us. I have wrestled with what to share in such a public space and what my purpose is in wanting to share any of this at all. Perhaps it is like anything else you go through in life: I chose to share to help another NICU mom feel seen. You can instantly connect with another mother who has a similar shared experience. 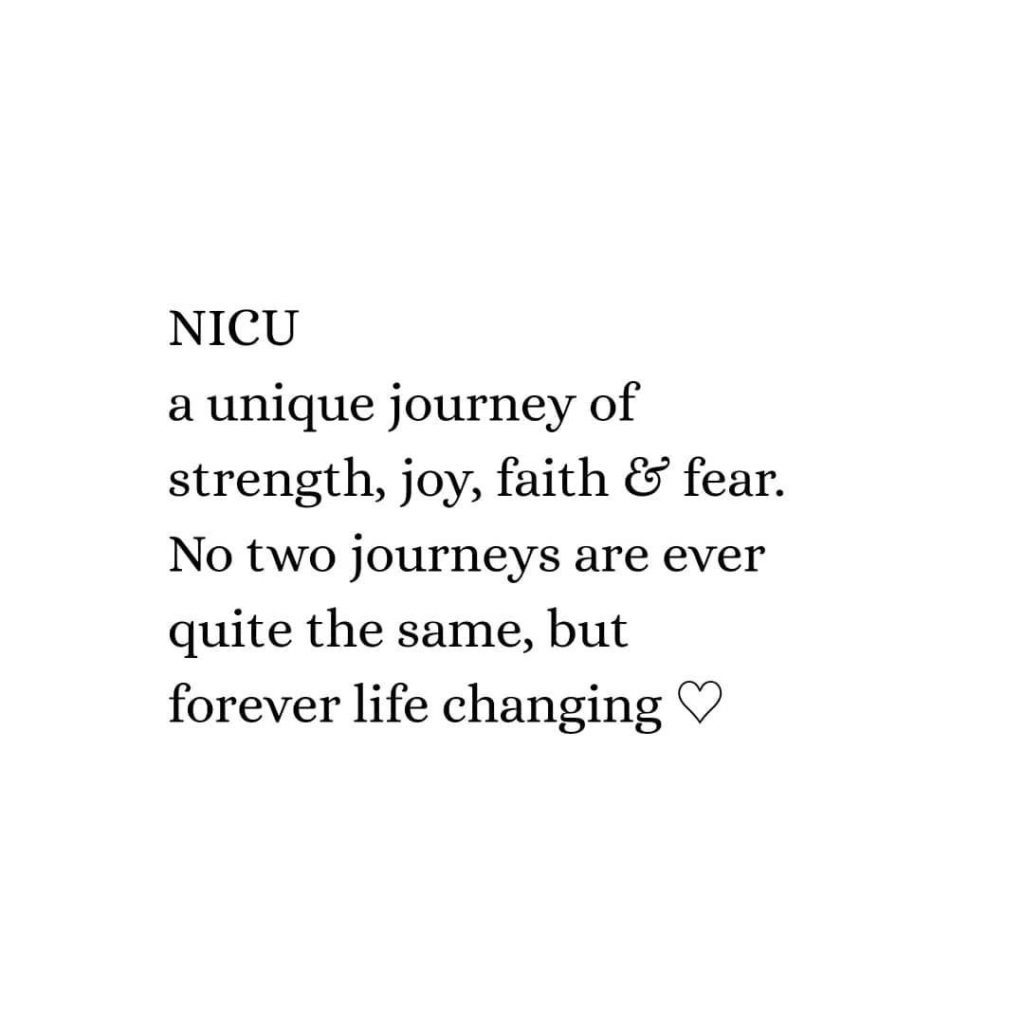 Because of our experience, I will never hesitate to send a gift card to someone I know with a child in the hospital because I understand how much a small gesture can mean to them. The pain gives you purpose. The experience gives you more empathy for others. And I learned so much.