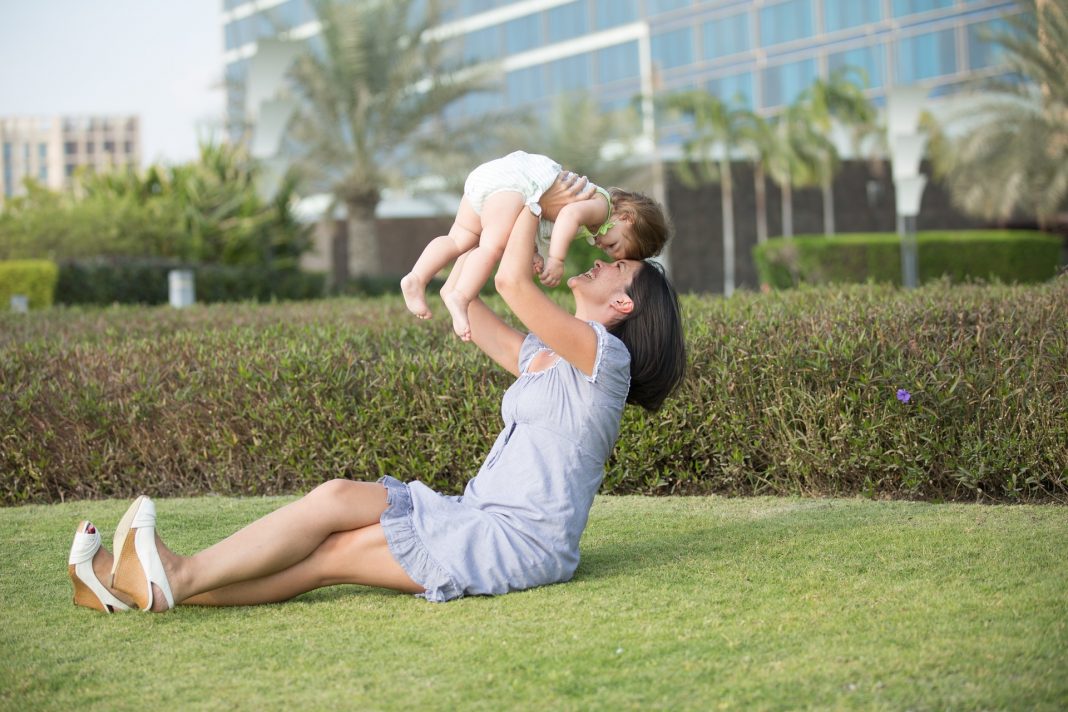 I had three siblings growing up: an older brother and younger twins. We were very close in age and played well together (well, most of time). I can recall going outside for hours to ride bikes, jump on our neighbor’s trampoline, go on scavenger hunts and build forts. We played Legos and trains and dolls not caring about gender or age associations. My mother was obviously busy keeping house for our large family and probably didn’t need to play with us as there was plenty of built-in entertainment. She was always available and happy to play with us, but we were perfectly content playing with each other.

When my first daughter was young, I would make it a priority to get on the floor and play with her. I had more time and energy to use my imagination alongside her. She also loved to play by herself (unlike my second daughter).

It has only been recently that I question how much we should play with our kids. Now pregnant with our third daughter, I don’t play on the floor nearly as much as I used to. When quarantine started in March, I thought, “Well, maybe this will be a good opportunity for me to play more!” Think again. I feel more smothered and tired than ever before.

I would rather keep the house clean, prepare for dinner or keep up with my small business, than drag myself to the floor to play.

When I do put everything down to play, I start thinking about everything else I should be doing: I left the clothes in the washer. I need to call the insurance company. I should be organizing all of these toys laying on the floor. I need to…[insert to do list].

It is very difficult for me to be present while playing with kids. Even while I’m reading books, I’ve mastered the ability to read and think about something else. That’s tough to swallow.

I felt guilty about this for a while after quarantine started, but then I thought this is just one of those things that I don’t need to feel guilty about. I have a lot on my plate. Let it go. But then, my five-year-old said, “Mommy, I wish you would play with me.” I watched my dad play Barbies with her for hours while we were on vacation and build mega towers out of magnet blocks. I watched my mother-in-law read her five books before bed. I admired not only their patience, but their ability to enjoy her. And then it hit me:

I shouldn’t view playing with my kids as a chore, but rather a way to enjoy them while I can.

My daughter is only going to be five once. Before I know it, she won’t want me to be around, much less sit next to her and play. She won’t want me to hold her and tell her silly stories about her dolls. Everything is going to change, probably before I’m ready.

I could come up with a million excuses why I don’t have time to play. She would probably understand and bug her sister instead. My house would continue to be tidy (or close enough) and dinner would be hot on the stove every night. But would I regret it? Will she even remember that I left dishes in the sink or clothes in the wash? Probably not. I hope she will remember the time we spent together rather than stressing about my to-do list.

So the question remains: should I play with my kids more? No. I should enjoy them. It’s not a chore. It’s a choice.

Tips For Surviving Your Third Trimester In The Heat Of Summer 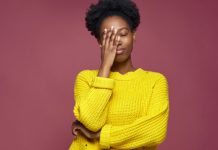 What I’m Getting Right