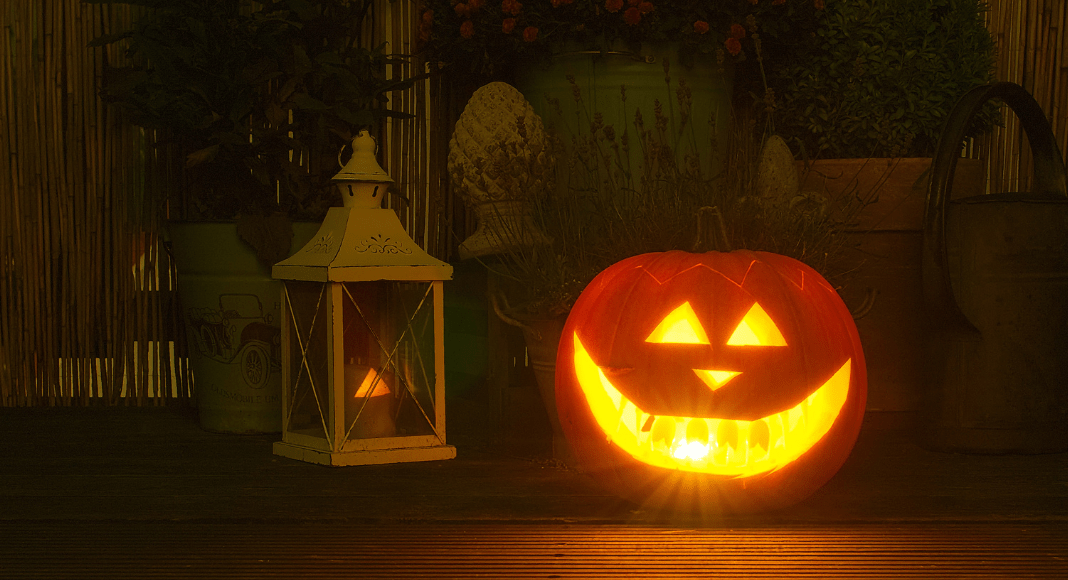 Halloween is just three months away…minus a day, really. And I can barely contain my excitement!

As horror writer Stephen Graham Jones has said, “Some people are born for Halloween, and some are just counting the days until Christmas.” Count me in as a natural-born ghouly ghoul who is trying to make the most of this dreadfully hot and tiresome summer just so she can make it to those magical days and nights of autumn. Seriously, as a parent, I don’t think you ever get to have any more fun with kids than during the Halloween season. Maybe birthdays? But for me, nothing beats the thrill of the season when the freaks and ghosts and witches and tiny Jedi and Hulks and Snow Whites walk among us.

One of my favorite parts of celebrating Halloween as a parent has been helping my kids plan and choose costumes.

I loved planning their costumes as littles. For my older son’s first Halloween, he was baby Gilligan while his dad and I dressed as The Professor and Marianne from Gilligan’s Island. My younger son was the cutest scarecrow his first Halloween. Over the years, we had monkeys, Yoda, Boba Fett, a Spider-Man costume that was so beloved it was worn multiple years in a row, Fix-It Felix from Wreck-It Ralph, and some incredibly creative costumes my boys came up with and I helped execute. I haven’t made a costume or helped with one in a few years, but they’re still some of my most treasured memories with my boys.

By far, my favorite costumes have been when they worked together on a theme or their ages allowed it to work out that way. When my oldest was in first grade, he was obsessed with Pokemon and wanted to be Pokemon trainer Ash. After putting together a cute costume with items from his wardrobe and toy box plus a hat I got crafty with, he was ready for Halloween. I asked what he thought about dressing his baby brother up as one of Ash’s Pokemon and he was down with that idea and so the monkey costume Boy 1 wore as a toddler became a Chimchar costume thanks to my limited sewing and crafting skills allowing me to add some felt flames to the head and tail.

And all was well until Halloween itself arrived.

When I picked my oldest up from school that day, excited to get home and get ready for some trick-or-treating with friends, he informed me he no longer wanted to be Ash. I was frustrated. I was perplexed. I was disappointed. He was adamant although he couldn’t explain to me why he didn’t want to wear that costume anymore. But that’s when I learned two important parenting lessons: (1) don’t plan your costumes too early, but if you do (2) it’s okay to call an audible and just go with the flow. At the end of the day, if your kid changes their mind, it’s not a big deal. Obviously, you’re not going out and buying a new costume, but if they want to wear an old one or throw something together or just wear their Ash costume and say they’re something else, that’s okay. And the latter is exactly what we did that year. Trust me when I say you’ll be much happier going with the flow than trying to convince them to stick to a costume they’re no longer excited about.

Decorating is my other favorite part of Halloween and it’s another fun opportunity to let your kids express themselves and get involved in the fun.

Whether your style leans more to the happy Jack (O’Lantern), mums, and non-scary scarecrows side or you have a decidedly ghastlier style, taking your kids on a scouting adventure for decorations and letting each child in the family choose an item to incorporate into your holiday décor is a great way to get everyone involved and create fun family memories. I still have items we decorate with each year that my boys picked out when they were in elementary school. But every year, even now with one in college and one in high school, we still have plans to go pick out new Halloween decorations because it has become that much of a family tradition for us. In a few weeks, we’ll hit some of our Halloween go-tos. Big Lots, Dollar Tree, At Home, and Homegoods all usually have great Halloween decorations that can fit into most budgets. But even if you’re not over-the-top witchy like me, taking your kids on an annual outing to choose the just-right-pumpkin to become your family’s Jack O’Lantern can be a great memory-maker. From pumpkin patches that offer hayrides, corn mazes, and lots of other family fun to roadside pumpkin stalls, Chattanooga offers a variety of options for including your kiddos and creating traditions around the most fun of holidays.

Recently, someone asked me why I love Halloween so much. I mean…really, what’s not to love?

Halloween comes with the least pressure of any holiday. You have no family or religious obligations beyond walking around your neighborhood with your kids to get candy and answering your own door and looking at all the adorable and sometimes earnest faces of kids whom you get to delight by offering them candy. You get to play dress up and watch your kids do the same. It’s a season filled with magic and a little mystery and there’s zero risk of disappointing someone by giving them the wrong gift. You have no big meals to plan, although mummy dogs and a pot of chili have become the Halloween night meal of preference for my family. There’s no myth or legend like Santa tied to the holiday that some brat or mean adult is going to ruin for your child and spoil everyone’s holiday.

At the end of the day, the reason I love Halloween so much is that it really is an opportunity to have fun with your kids and to simply let them be kids. That’s why I am also an advocate for letting them trick-or-treat as long as they want to. We rush kids into maturity way sooner than we need to, so I was happy to let mine hold on to this small bit of joy in life for as long as they wanted.

So, my pretties, I hope you’ll find your own ways to make Halloween magic with your families and as we edge closer to the most magical of seasons, remember that “when witches go riding and black cats are seen, the moon laughs and whispers ‘tis near Halloween!’” 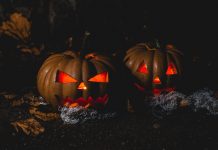 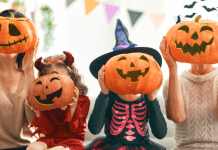 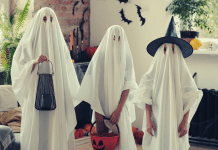