I knew moments before I took a pregnancy test that it would be positive. It was a sudden gut feeling as I headed to the bathroom. I thought, “This time, it’s going to be positive.” And sure enough, as soon as I flipped over the test, those pink lines confirmed my seconds-before premonition.

Nine months later – almost two years to the month when we started trying – Arthur was born. 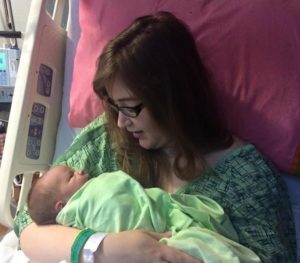 But before that miracle, long before those pink lines changed our lives, Jeremy and I decided almost casually that we were ready for kids. After five years of a comfortable, kidless existence, we felt that the time was right to add offspring to the mix. Without being too specific, I’ll say that we weren’t charting ovulation cycles or anything. We just stopped trying to prevent a pregnancy, if you know what I mean.

Still, after a whole year of trying to conceive and half a dozen negative pregnancy tests tossed in the trash, I thought that something might be amiss. So I mentioned it to my gynecologist during a yearly checkup the following August.

And that’s when things got interesting.

She told me that there was nothing wrong from a reproductive standpoint. Instead, she mentioned that – how do I put this so that it’s appropriate for mixed company? – I would probably benefit from some assistance in the pelvic department. As I described it later to some friends, my body was basically Fort Knox, which would make it hard to get pregnant. She said surgery would fix the problem, but she didn’t want to jump to that right away. Her advice? Physical therapy. Specifically, pelvic floor therapy.

If you’re unfamiliar with pelvic floor therapy, I’ll give you a synopsis. A stranger manually pries open your babymaking parts to help loosen you up. Okay, that was graphic and untrue, but that’s literally all I could think about when my doctor described it. In reality, pelvic floor therapy treats a variety of issues. Primarily, it helps women (and men) strengthen the muscles in the reproductive region, for everything from incontinence to sexual reasons. And before my face gets too red because my parents read these posts, I’ll leave you to do your own research.

I have always been a private person (no pun intended), so discussing these issues with a complete stranger seemed utterly out of the question. I remember telling my mom about it and crying on the phone because the thought was too heinous to entertain. But my mom, being the practical and supportive person she is, said that I could always go in, learn more about it, and leave if I wanted to. So I did. Except I didn’t leave. I immediately connected with the physical therapist at Siskin. She talked me through the whole process without making it seem ridiculous or embarrassing. Eight weeks later, she discharged me from the program.

The following month (November), we got pregnant.

In the first week of December that year, we took a trip to Disney World to celebrate my 29th birthday. Despite enjoying myself, I remember feeling off during the whole trip, but I couldn’t explain why. By the time we left, I felt grumpy and hormonal, feelings that typically preceded my period, which was late. And when Aunt Flo still hadn’t made her appearance a week and a half later, I grabbed a pregnancy test and the rest is history. That was almost three years ago exactly. December 16, 2014.

I went to Amazon right away, ordered a book for my husband on parenting from the dad’s perspective, arranged a printout of the receipt and the positive test in his armchair, and skipped around the house impatiently waiting for him to get off work. But I couldn’t wait. So I called him on his way home and asked him to pick up some fast food, and he said, “Oh, did your period come?” “Nope,” I said, “And it won’t for the next nine months.”

Yes, ladies and gentlemen, that’s how I announced that we were going to be parents to my husband. But I couldn’t contain my excitement. After a year of trying and hoping and feeling increasingly like kids were unlikely, we got our miracle, at Christmastime no less. Even better, we were meeting my casual goal of having a baby before I turned 30.

Everyone knows how babies get made. It’s becoming a mom – the circumstances, the feelings, the thoughts that swirl through your head – that makes it a story worth telling. 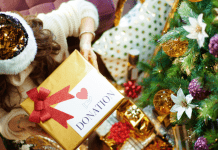 Ways To Give Back This Holiday Season 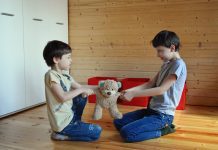 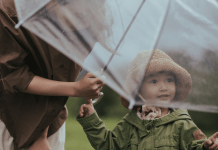