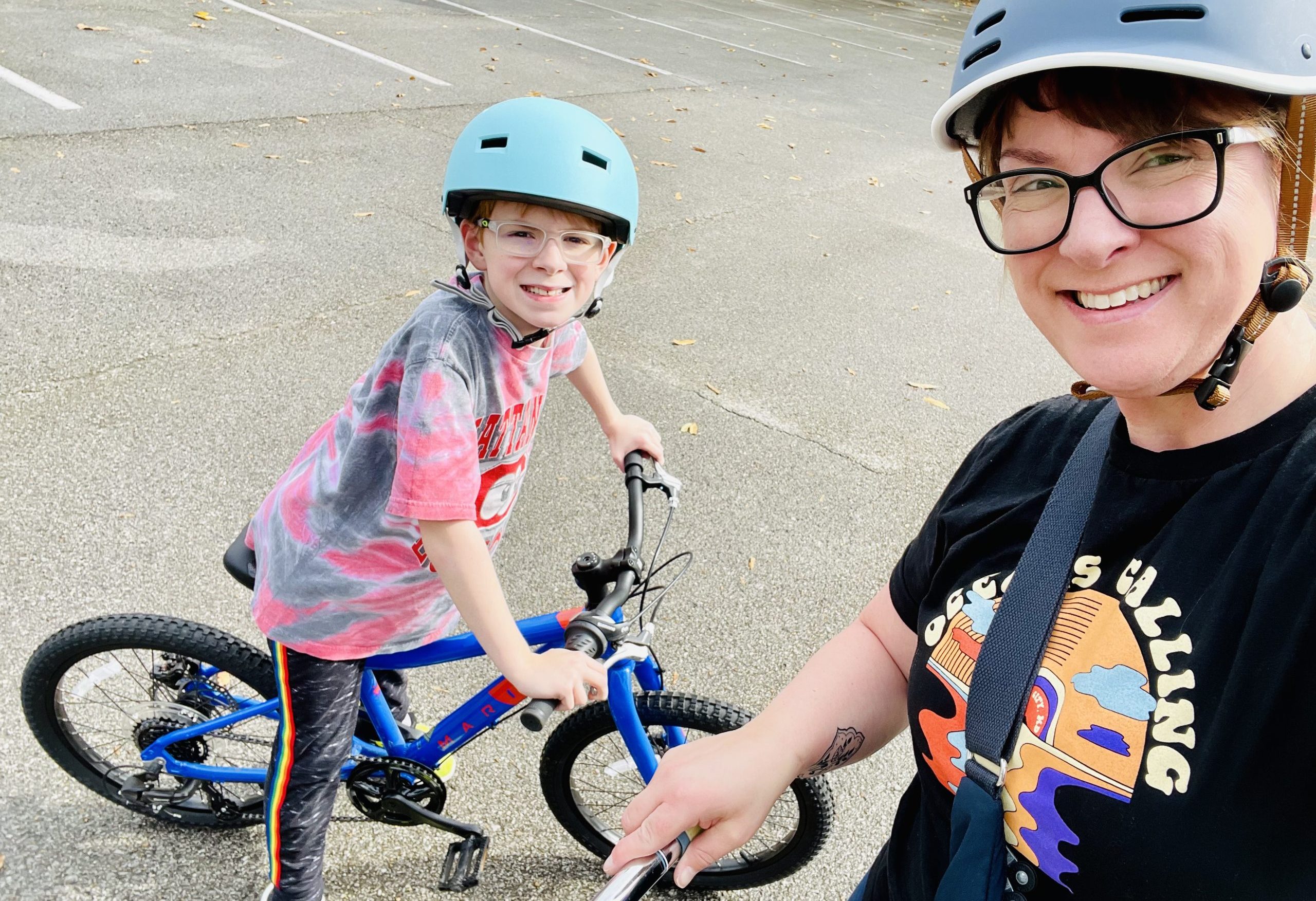 Isn’t that what they say? “It’s just like riding a bike.” Word on the cyclist-friendly street is that once you learn how, you never forget. Really? Because I’m not so sure.

I’m pretty spectacular at forgetting things. My coffee on the counter, where my keys are, my mom’s birthday, how to date after a decade-long marriage and subsequent divorce. I forget things like it’s an art form. But, recently one morning on the way to school, my son asked me a question. A pure and innocent request from the backseat. “Mama, will you please get a bike so we can ride together?” Friends, let me tell you. I couldn’t purchase a bike fast enough. Within two hours of dropping him off and getting to my office, I had found a secondhand bike online, messaged the seller, and asked 500 questions about it like I had extensive bike knowledge. “Are the tires flat?” “Umm, no.” “Is that a basket I see on the front?” “Yes. It’s a basket. As shown in the picture I posted.” “Perfect. So, the bike works?” “You pedal it and it works. Yes.”

Clearly, I am equal parts investigative journalist and bike expert.

I am happy to report that I met the couple selling the bike the following day and bought the bike. I am also happy to report that no injuries occurred in the Trader Joe’s parking lot that afternoon. I wobbled around for a solid 15 seconds and declared “I’ll take it!” “Don’t you want to try it a bit more?” “Nope.” Friends, listen. I have this thing called pride. I was not going to embarrass myself in front of strangers. And certainly not in front of Trader Joe’s. I decided during my 15 seconds of wobble that I would give that man the cash, take the bike home, and embarrass myself in the comfort of my own driveway.

Let me tell you a little about this bike.

My bike that I’m so proud of. My bike that I can barely ride because, YES, forgetting how is an actual thing. It’s a beach cruiser. Do I live at a beach? No. Do I live near the Tennessee River? I sure do and that’s good enough. My Tennessee River cruiser has a little basket on the front and on the handlebars there’s a cup holder for my latte that I plan to spill all over myself while I wobble through downtown Chattanooga. It’s the prettiest color blue which doesn’t make a bit of difference to the function of the bike, but it makes every bit of difference to me. I also ordered a very stylish helmet which my son declared looked like a “British horse-riding helmet” and I’m not sure if he meant that the horse is British or that I’m British. Either way, I’ll take it. I even bought a bell.

Then came the big day of the inaugural ride.

A lazy, Daylight Saving Time Sunday seemed like the perfect time to hit the open road. Or the open sidewalk as the case may be. My son and I went to the RiverPark and found just the spot. We got the bikes out of the back because I’m not a fancy person with a bike rack so I just shoved them in the back of my SUV like a commoner. We put on our helmets (me, the British horse rider) and we headed out. At the age of 10, his bike costs the equivalent of a Ford Focus and he rides like he’s in the Tour de France. My bike is secondhand and I ride like I’ve been in a coma for the last 18 years. But, we did it. We rode. Him, smooth and steady. Me, wobbly and panicking every time I approached a walker. We did it. Was I graceful? Not for one second. Was I nervous? The entire time. Did my son love riding bikes with his mom? He thought it was the absolute best.

And, that’s what it was all about.

That’s how this whole thing started. With my little boy’s one simple question. I could have said “No. You can ride bikes with your dad.” But, I didn’t. I can’t. Because I’m a single mom now. I’m going to say “yes” as often as I can. Even when it’s outside of my comfort zone. Even when I feel terrified. Even when I embarrass myself in front of strangers and God and Trader Joe’s. I’m going to do it. And, every single time I’m going to remind myself. 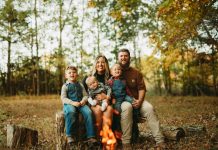 Turning 30 In A Photoshop World 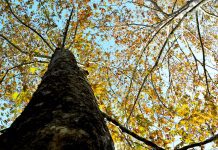 A Season Of Change 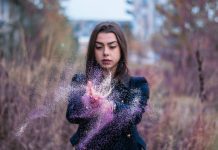