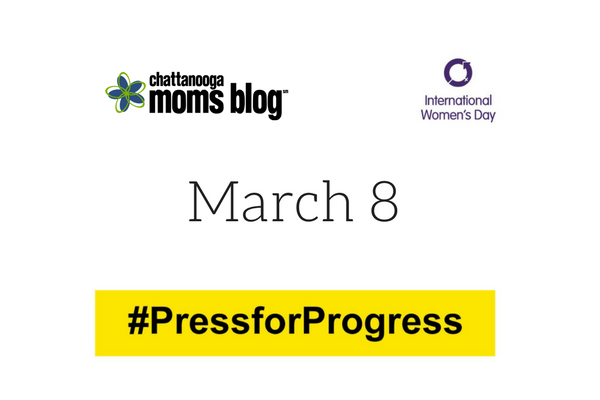 I’m not really one for hashtags. I think it’s my grammatical need for words to have spacing, combined with my age. Millennials look cool hashtagging on social media, but me now at 43? I’m not too sure. I’ve hardly used any on my Instagram account and Facebook hashtags go over my head. I’m also the one snorting with laughter whenever Jimmy Fallon and Justin Timberlake have a whole conversation using only hashtags, so there’s also that.

But this year’s International Women’s Day theme, #PressforProgress, has me intrigued and I might have to take up a new hashtag hobby.

In case you’ve missed the memo spelling out this holiday that has officially been around since 1911, here’s the explanation from the International Women’s Day website:

“International Women’s Day (March 8) is a global day celebrating the social, economic, cultural and political achievements of women. The day also marks a call to action for accelerating gender parity. International Women’s Day (IWD) has occurred for well over a century, with the first March 8 IWD gathering supported by over a million people in Austria, Denmark, Germany and Switzerland. Prior to this the Socialist Party of America, United Kingdom’s Suffragists and Sufragettes, and further groups campaigned for women equality. Today, IWD belongs to all groups collectively everywhere. IWD is not country, group or organization specific. Make IWD your day! – everyday!”

Growing up, I’d never even heard of this event until I traveled to Ukraine in the mid 1990s. My birthday is also March 8, and somehow this often came up in conversations. My friends there congratulated me on International Women’s Day and as a naive 20-something with poor Russian language skills at the time, I simply thought it was their way of telling me happy birthday — me being an ‘international woman’ and all.

But then I realized it was actually a legitimate holiday and one where women — not only moms — but all women were celebrated. In Ukraine and elsewhere in Europe, everyone seemed to purchase flowers and small gifts for their mothers, friends, daughters, grandmothers, neighbors, secretaries and bosses. On the surface, it simply seemed like a nice day where all women got flowers. But there’s a lot more to this holiday than a bouquet of carnations.

Over the span of the past 100 plus years, IWD has been a catalyst for protesting WWI, helped Russian women gain voting rights, and led the way for the Beijing Declaration and Platform for Action (a visionary agenda that remains the most comprehensive blueprint for gender equality and women’s rights). The United Nations officially recognized International Women’s Day in 1975. (For those doing the math, that’s the year of my birth, so you can see why I feel a particular kinship to this holiday.) You can read even more history here and here.

The important thing to note is that in the year 2000, International Women’s Day experienced a lull. Interest needed to perk up. Although it took another 17 years, ladies, we did not disappoint. Chatter on Facebook about this holiday doubled from 2016 to 2017. In fact, it was so popular, that Facebook reported International Women’s Day was the most talked about topic on their site in 2017. Let’s face it: 2017 was quite the year.

Here are a few practical ways to make it happen. (Don’t panic if you’re reading this after March 8th. The day itself is only a kick off. Women should be celebrated year-round!)

1. Celebrate the women in your life!

I’m thankful to call many strong and amazing women my friends. Write a card, send an email, or pick up the phone and remind those women in your life what they mean to you. One memorable activity is to gather a group of women and write down one or two things you admire about them — character traits and talents — maybe something positive the person doesn’t even know about themselves. Hand out your lists to each person (you can do this anonymously, if you prefer — simply have one person collect all of the lists and type them up for each person). I have slips of paper stuck in journals that I treasure because there were women in my life at that time who saw things in me that I somehow couldn’t see. Once I saw it on paper, I began to believe it. Tell your moms, friends, daughters, grandmothers, bosses, employees, that lady at the coffee shop — any woman you encounter — tell them something they may not have seen for themselves. Affirming words speak volumes and sometimes we need someone else to be louder than the doubt in our own mind. Be that positive catalyst in even one woman’s life.

2. If there is something you are passionate about, gather a group of like-minded women together and make a plan.

I’m in awe of my fellow mom bloggers who have started the Chattanooga Moms for Social Justice. They have a lot more energy than I do, and a much bigger plate, but more importantly, they are putting that energy into something that is going to benefit this city.

I am convinced that my world view changed the moment I set foot on a plane to travel to another country. Living and working among people who did things even slightly differently than me, exposed me to the reality that not everyone I encountered throughout my life would have the same opinions or lifestyle that I did. It has made me far more understanding and empathetic towards other people. Technology has made it easier to see those differences without setting foot outside our own house, but it’s sad to see couch trolls rise up as soon as a woman vocalizes a choice to do something differently than another mom. Extend grace and even friendship to the woman who may seem ‘different’ to you and your own culture. Find out her story and seek to understand. Your life will be richer for it — hers will too.

4. Make a commitment to #PressforProgress.

There is an actual button you can press on the IWD website right here. Add your voice to the growing community and make 2018 the most talked about IWD yet.

Happy International Women’s Day to all of our readers! Let us know in the comments how you plan to celebrate today and throughout the year. And don’t forget to #PressforProgress. 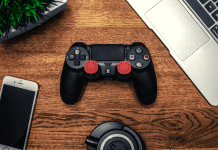 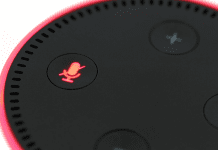 What’s So Cool About an Amazon Alexa? 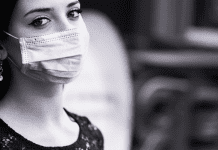 The Other Disease Right Now