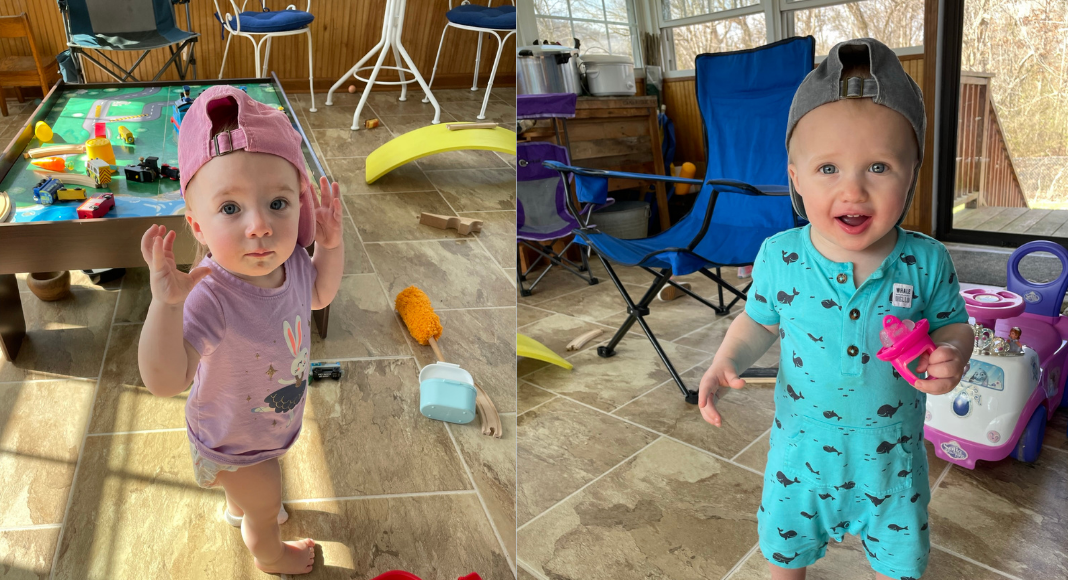 16 months. We’ve made it 16 months with twins. It feels like a lifetime has passed and yet I often have to remind myself how old they are. Looking back over the time since they were born, most of it is a blur with the big events and happenings standing out the most. I’ve found this seems to be common among moms of multiples.

Having twin babies is hard to describe.

My husband likes to say it’s like having a newborn times 15. You think it’s just double everything, but it truly feels like so much more. There were many times where I had to put them in their cribs and walk away because there was nothing I could do to soothe them. As parents we’re told to savor every stage because it goes by quickly, but I have never wished away the newborn stage more than with my twins. It was HARD. It felt like I couldn’t breathe and was held captive to my immediate living space. All I did was feed, change diapers, and try to get them to sleep while my two-year-old watched TV. I kept looking forward to the next stage saying “I can’t wait until…” because then we just might be able to have a little break. Sleep training was the turning point. Once they could put themselves to sleep, it gave me what felt like so much time and I could give our oldest some attention. When our son started holding his own bottle was another milestone. It was the little things that made a difference.

The most common question I have been asked, besides “are they twins?” is “how do you do it?” My answer is, “I don’t know. We just do.” My mother-in-law comes over once a week to help me out, and it’s been a blessing. I also stick to a schedule. Now that they are only on one nap, it’s become a little looser, but a schedule is the only way to stay sane through it all. For the first 15 months, I barely went anywhere with them by myself. I was a stickler on their naps because, well, there’s two of them. They didn’t always sleep in their own beds — sometimes they were in the stroller or a pack ‘n play, but they didn’t miss a nap. People probably thought I was crazy. It meant that there were times where I had to miss some events and I was ok with that because if I were there with two overtired babies, no one would be enjoying themselves. Looking back, I don’t regret doing it.

Since turning 15 months and moving to one nap, a whole new world has opened up to us. We can actually go do things. We can spend all morning at the park and have a picnic lunch if we want. We can go to the aquarium or run errands. We can have play dates in other places besides our home. If I have to push their nap or bedtime back a little, they can handle it much better than they used to. They have also become more fun as they start to focus on looking at books, playing with toys, and exploring things. With most of our teething done, they have consistently slept through the night for more than three days, praise the Lord. It’s been nice to have a full night of sleep. Is every day easy? No, but it has gotten much better. I’m actually finding it harder dealing with my three-year-old some days than with the twins.

The more twin parents I meet, the more I realize that our kids are normal. What we did and do is normal, and it’s been somewhat comforting. If you’re a new twin mama, know that it will get better and that this too shall pass. There’s also a group of moms of multiples on Facebook who are there if you need to talk.

Triplet mamas, I don’t know how you do it! 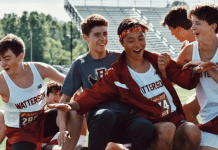