We live in a glorious time when options abound for television. From binge-worthy documentaries to the oh-so-pleasant Great British Baking Show, we’ve got plenty of choices to soothe our busy brains at the end of a long day. Or in the middle of it. Hey, I’m not judging. I’ve used many a nap time to watch This Is Us from the night before.

But sometimes, even a full-length TV show can seem like a commitment you don’t want to make. Or maybe you want a break from highly stylized true crime stories and deliciously dramatic fiction once in a while?

Thanks to this revolution we’ve had in watchable content over the last decade, we can jump over to a world with millions of videos on every topic you can imagine (and some you’d never imagine).

My husband and I discovered the beauty of YouTube channels a few years back, and it’s become part of our nightly routine almost every night. Once we tuck the kiddo in, we don’t always have energy for a full show, so we load up our seemingly endless playlist from YouTube and pick a few short videos to watch before going to bed. (Well, he goes to bed. I stay up another hour or two and get lost in social media because moms don’t sleep.)

If you’re looking to spice up your TV repertoire and need some suggestions, you’ve come to the right place. Without further ado, here are my favorite YouTube channels for your viewing pleasure.

Are you the person who’s always pointing out flaws, plot holes, and frustrating inconsistencies in movies? CinemaSins is for you. This channel combs through the movies you love (and hate) and nitpicks them to death in a series called “Everything wrong with…” Narrator and co-creator Jeremy Scott shows clips of films and offers a running commentary/diatribe on everything that’s wrong with them in a funny, sometimes-lighthearted, sometimes-annoyed tone that changes based on how much he secretly likes the movie. There are dozens of entries for movies, and they’ve recently expanded to TV show pilots and some music videos. Find your favorite film and see if there’s a breakdown of it. A word of warning, though: once you start down this rabbit hole, you’ll start to see movies differently as you watch them.

What’s better than getting advice from your own doctor? Getting medical advice from an adorable doctor with a cute accent from YouTube. (Kidding…I guess.) Dr. Mikhail Varshavski (“Doctor Mike“) is a real doctor who dishes out tips, advice, and anecdotes in a channel that’s as lightly informative as it is fun to watch — and not just for the eye candy. The show features different styles of content. He might respond to viewer-submitted questions, talk about popular health topics, try out different fad diets (and explain why they do/don’t work), or watch episodes of medical TV shows and offer his opinion on the accuracy. It’s a fun show with a cute host and you might learn something. I started watching it because of a video called “Doctor Reacts to Middle Ground: Pro-Vaccine vs Anti-Vaccine,” if you want a place to start.

This channel is technically called Screen Junkies, but they’re probably best known for their trailer shtick. Like CinemaSins, the “Honest Trailers” series takes popular films and cuts them down a notch or two. But this channel does it quickly and in the form of a movie trailer. Using a narrator who has the classic gravelly voiceover style you expect from action film previews, Screen Junkies pokes fun at box office favorites in short, snarky videos that highlight each movie’s biggest shortcomings. If you don’t feel like wading into the nitty gritty weeds with CinemaSins, check this channel out. My husband and I watch both because we like a double portion of snark when it comes to movie critiques.

You may have seen videos from It’s A Southern Thing. They certainly make the rounds on social media from time to time — and for good reason. An ensemble cast of genuine southerners creates a variety of videos on different topics, some fiction sketches, some not. My favorite videos are the ones where Matt Mitchell, one of the stars of the channel, ranks food and beverages from popular food chains (“Bless Your Rank”) or when he and a cohost debate lightly controversial southern opinions on a segment called “Back Porch Bickerin’.” The best video they’ve ever done, though, is “Why Southern Weather Makes No Sense.” (Check it out for a quick laugh and a commiserating nod.)

We watch a lot of WhatCulture. It’s our go-to YouTube channel most nights for two major reasons: there’s a ton of content, and most of it is interesting. WhatCulture features a rotating cast of British guys (and a couple ladies) discussing pop culture from a truly nerdy perspective. Think super hero movies, video games, and comic book stuff. But it’s not just for nerds and they don’t stop there. They’ve produced dozens (hundreds?) of videos in list format on lots of different topics, with titles like “7 Real-Life Stories That WILL Give You Nightmares” or “5 Historical Facts That You May Not Know.” If you’re a fan of “listicle” content, where everything is formatted into an easily digestible list, then you’ll love this channel. Entertaining, informative, and sometimes even thought-provoking, WhatCulture is a joy to watch (plus, you know, there are British accents). 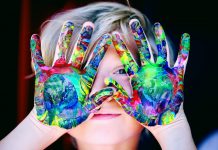 Fitting Into A Society That Is Anti-Children 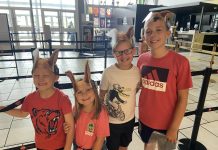 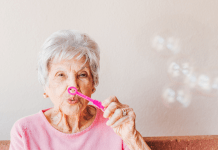 To My Fellow Geriatric Millennials